FORT WAYNE — During a ceremony June 19 at St. Vincent de Paul Parish, Fort Wayne, Joseph Knepper, a seminarian of the Diocese of Fort Wayne-South Bend, was commissioned as an officer in the U.S. Navy. Knepper is co-sponsored by the Archdiocese for Military Services, so he will become a chaplain for the Navy after ordination to the priesthood. Father Jay Horning, parochial vicar at St. Vincent de Paul, is also co-sponsored and a chaplain for the United States Army: Both will serve for a time in the diocese following their ordinations, then serve for several years in the military.

Bickel will attend Marian University majoring in nursing and minoring in psychology and Spanish. She is the daughter of Kristina and Cory Bickel of Huntington.

Eckert will attend the University of Saint Francis majoring in biology and minoring in business with a career goal of being a physician assistant. She is the daughter of Heather and Matt Eckert of Andrews.

Olinger will attend Ball State University majoring in accounting and minoring in human resource management. She is the daughter of Melanie and James Olinger of Huntington.

Created in 1997, the Donald E. & Lou Rayne Scheiber Catholic Education and Charity Fund accomplishes dual purposes. First, the fund promotes educational opportunities for Huntington County students who are members of one of three local Catholic parishes: St. Joseph in Roanoke, and St. Mary and SS. Peter and Paul in Huntington. Second, the fund provides charitable grants to Catholic organizations that promote the accepted teachings of the Roman Catholic Church. 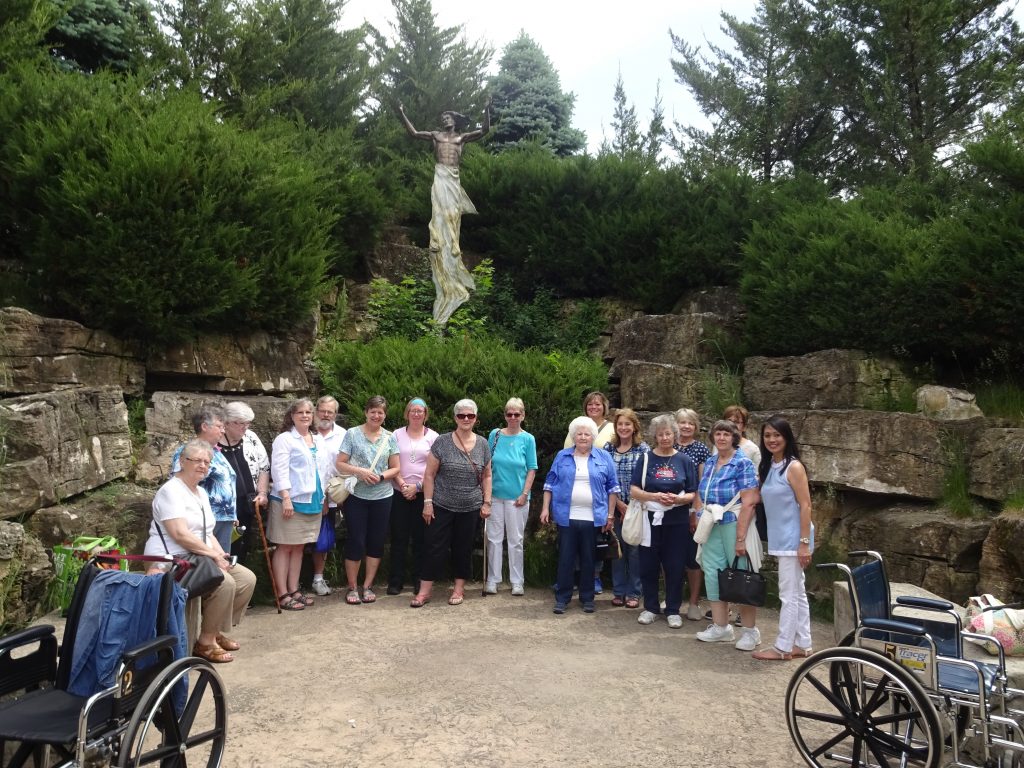 The Daughters of Isabella Circle 434 in Elkhart led a pilgrimage to the Shrine of Christ’s Passion in St. John on June 8. Circle members, together with parishioners and friends of St. Vincent de Paul and St. Thomas the Apostle parishes in Elkhart, journeyed through the Shrine’s Prayer Trail and reflected on the Lord’s life from the Last Supper through His ascension. The participants are shown in front of a life-size, bronze sculpture of the Ascension. — Provided by Regie Jackson 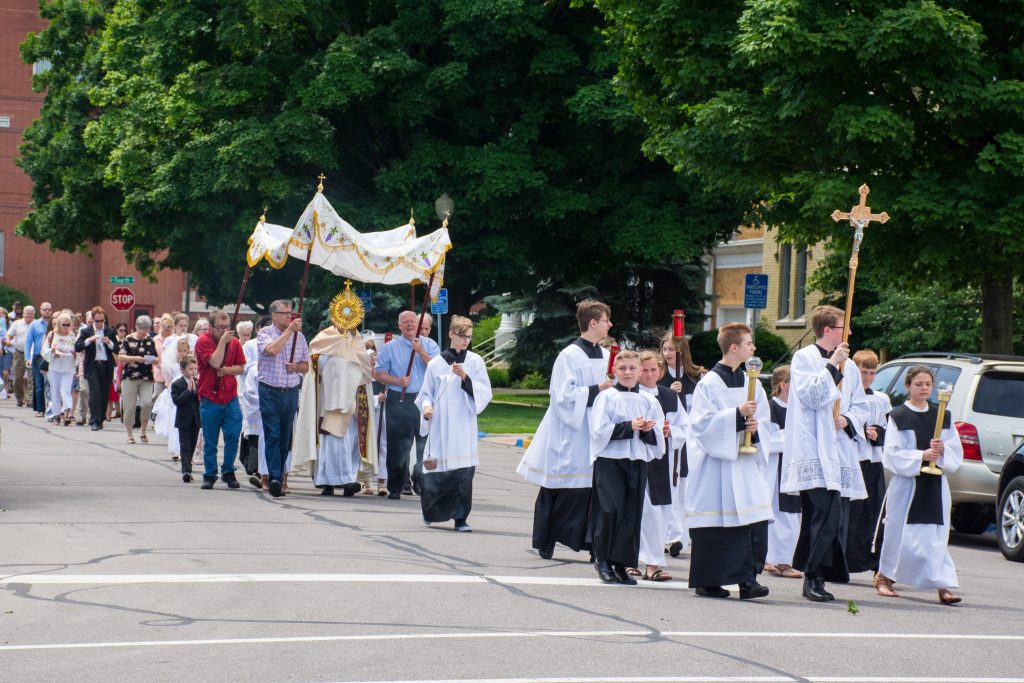 Parishioners of St. Joseph, Mishawaka, celebrate the feast of the Body and Blood of Christ June 23 with a eucharistic procession around the campus at the end of a morning Mass. A public procession of the Eucharist is a witness of Christian’s faith and devotion toward the sacrament. — Michael Ivancsics