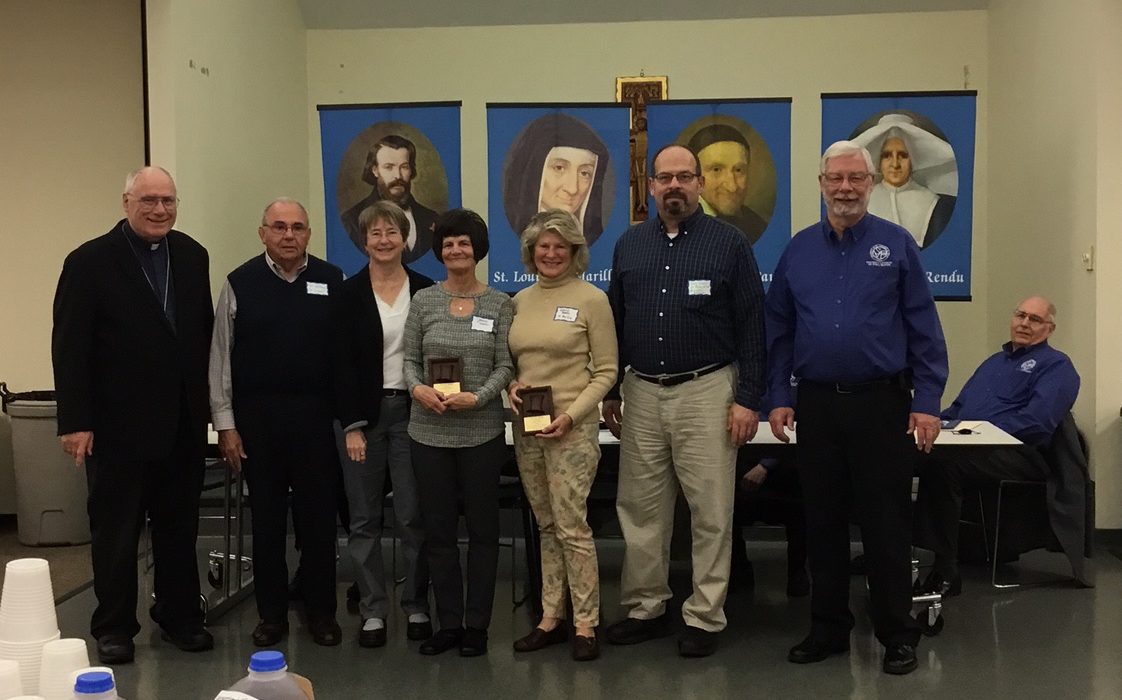 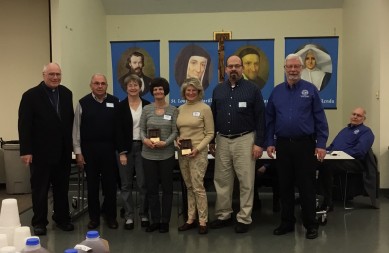 USF to host ‘The Sultan and the Saint’ screening

FORT WAYNE — The University of Saint Francis is presenting the free, Fort Wayne premiere of the film, “The Sultan and the Saint,” on Saturday, Feb. 4 at 7 p.m. in the USF Robert Goldstine Performing Arts Center, 431 W. Berry St., Fort Wayne.

During the Crusades, St. Francis of Assisi risked his life by walking across enemy lines to meet the Sultan of Egypt, the Muslim ruler Al-Malik al-Kamil. This remarkable encounter, and the commitment to peace of the two men behind it, lessened the impact of the Crusades and improved the relationship between Muslims and Christians.

For more information and to register to attend, visit https://www.eventbrite.com/e/sultan-saint-ft-wayne-film-premiere-feb-4th-tickets-28696724676

DENVER — Nearly 13,000 attendees, including a contingent from the University of Saint Francis and IPFW, Fort Wayne, charged up their faith at SEEK2017, Jan. 3-7 in San Antonio, Texas. The biennial event, hosted by the Fellowship of Catholic University Students, featured the theme “What Moves You.”

More than 300 priests concelebrated daily Mass at this year’s event. Adoration and confession throughout the event provided many opportunities for reflection and prayer. The Holy Spirit opened many hearts on Thursday night, with adoration in the main hall. That evening alone, more than 4,000 people went to confession. Over the course of the event, more than 6,000 confessed their sins to priests during the sacrament of reconciliation.

“I hope this week at SEEK2017 young adults experienced the Lord seeking each of them in a unique way,” said Archbishop Charles Chaput, OFM Cap. “When people experience that God is seeking them, they’ll be more likely to seek Him as well.”

Many of the conference talks will be available in a few weeks for digital download at www.shopfocus.org.

STEUBENVILLE, OHIO—Franciscan University of Steubenville mourns the death of President Emeritus Father Michael Scanlan, TOR, 85. His leadership as president transformed Franciscan University from a struggling regional college into a world-renowned leader in Catholic higher education and helped to inspire a restoration of faithful Catholic education in the United States and the world.

Father Scanlan was born Vincent Michael Scanlan in 1931 in Cedarhurst, Long Island, New York. He received his bachelor’s degree from Williams College in 1953, and his juris doctor from Harvard Law School in 1956. He was admitted to the New York Bar Association and served as Staff Judge Advocate in the U.S. Air Force before discerning a call to the priesthood and entering the Franciscan Third Order Regular. He made his first profession of Franciscan vows in 1959 and was ordained to the priesthood in 1964.

He was named acting dean of the College of Steubenville, and over the next five years served the school as a lecturer in theology and dean and director of the General Honors Program. In 1969, he was appointed rector-president of St. Francis Seminary in Loretto, Pa, serving there for five years before returning to the College of Steubenville in 1974 as its fourth president.

Father Scanlan received numerous honors during his lifetime. In 1990, he received the Pro Ecclesia et Pontifice Medal from Pope John Paul II, in recognition of extraordinary service to the Church and the pope, and was honored with the Founders’ Award from the Fellowship of Catholic Scholars in 1993. In 1997, he received the highest honor given by the Franciscan Third Order Regular, the Sacrae Theologiae Magister, an academic degree beyond the doctorate earned by demonstrating competency in the field of theology. He received many other awards, including Christendom College’s Pro Deo et Pro Patria Medal for Distinguished Service to God and Country in 2007, and the Pro Fidelitate et Virtute Award from the Institute on Religious Life in 2009. He held five honorary degrees.