FORT WAYNE – The president of the University of Saint Francis, Sister M. Elise Kriss, OSF, announced July 24 she will conclude her presidency on June 30,  after completing her 27th year.

“Since July 1993, I have been privileged to serve this wonderful university by working with the board, the campus community and the Fort Wayne community during an era of tremendous change and growth,” Sister Elise said. “We have collaborated on projects both large and small. We’ve teamed to cultivate growth in our academic programs, in athletics and the arts, and in the addition of many new academic and related facilities that have strengthened the university, allowing it to meet the needs of today’s students. During this time, we have not only remained faithful, but we have deepened the impact of our Catholic and Franciscan mission and values.
“In my final year as president, I look forward to working with the board and the campus community to begin to implement the new strategic plan to set the best possible groundwork for the university and its future leadership. I also look forward to working with the entire campus community — board, faculty, staff, and students — on all the usual events of the upcoming academic year.”

Under Sister Elise’s tenure the number of programs offered by the university increased to more than 70 undergraduate, graduate and doctoral programs. Enrollment more than doubled, and university fundraising efforts resulted in the construction and opening of many facilities, including a downtown campus. Multiple land purchases were completed, and over the last two years the university also built and opened St. Francis Chapel, renovated and expanded Achatz Hall of Science and Research Center and opened the Welcome Center in North Campus.

Sister Elise served on the boards of many local organizations, received the Sagamore of the Wabash award in 2016 and guided USF in building strong relationships with several local businesses including Parkview Health, Lutheran Health, Ash Brokerage, Sweetwater, Fort Wayne Metals and STAR Bank. She also worked closely with government leaders for economic growth and the growth of the arts.

The provincial leadership of the university’s founding congregation, the Sisters of St. Francis of Perpetual Adoration, working closely with the USF board of trustees, will prayerfully appoint the next University of Saint Francis president. 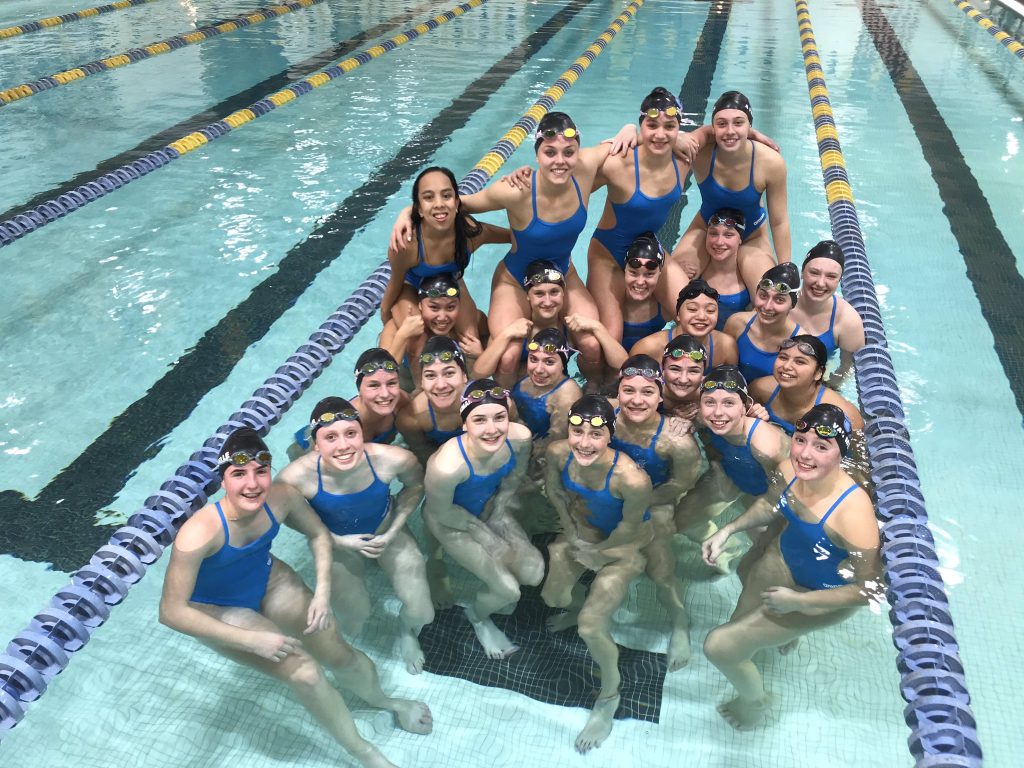 SOUTH BEND — The Saint Joseph High School girls swimming team got off to a rough start in the fall when their practice facility experienced a pump issue. Despite the difficulty, the team excelled at local and area meets and the NIC Championship: The team was victorious at sectionals and left the state championships in Indianapolis with a historic finish. This spring, several team members were honored by the National Interscholastic Swimming Coaches Association with All-American status for also finishing in the Top 100 nationally at state. Honored were, in the 200 Medley Relay, Mary Cate Pruitt, Walsh, Evie Sierra and Lauren Pieniazkiewicz; in the 200 Free, Pruitt; in the 100 Fly, Aislinn Walsh; in the 500 Free, Pruitt; in the 100 Breast, Walsh; and in the 400 Free Relay, Walsh, Emma Feltzer, Sierra and Pruitt. — Provided by Taylor Valentine

In this experience, which is open to all, Father Schweitzer will use the parables in the Gospel of Luke to show how the teaching of Jesus Christ presents images that challenge all to think differently about their Christian way of life.

Options for this retreat include single and double occupancy overnight, and commuter. Costs range from $50 to $130, depending on the chosen option. Check-in time is Friday, Sept. 27, at 4 p.m. EDT and the retreat concludes at 3 p.m. EDT Saturday, Sept. 28. Meals, materials, refreshments and Mass celebrated by Father Schweitzer are included in all retreat options.

Register at Lindenwood.org or call 574-935-1780 for more information. A part of The Center at Donaldson, Lindenwood Retreat and Conference Center is a ministry of the Poor Handmaids of Jesus Christ. 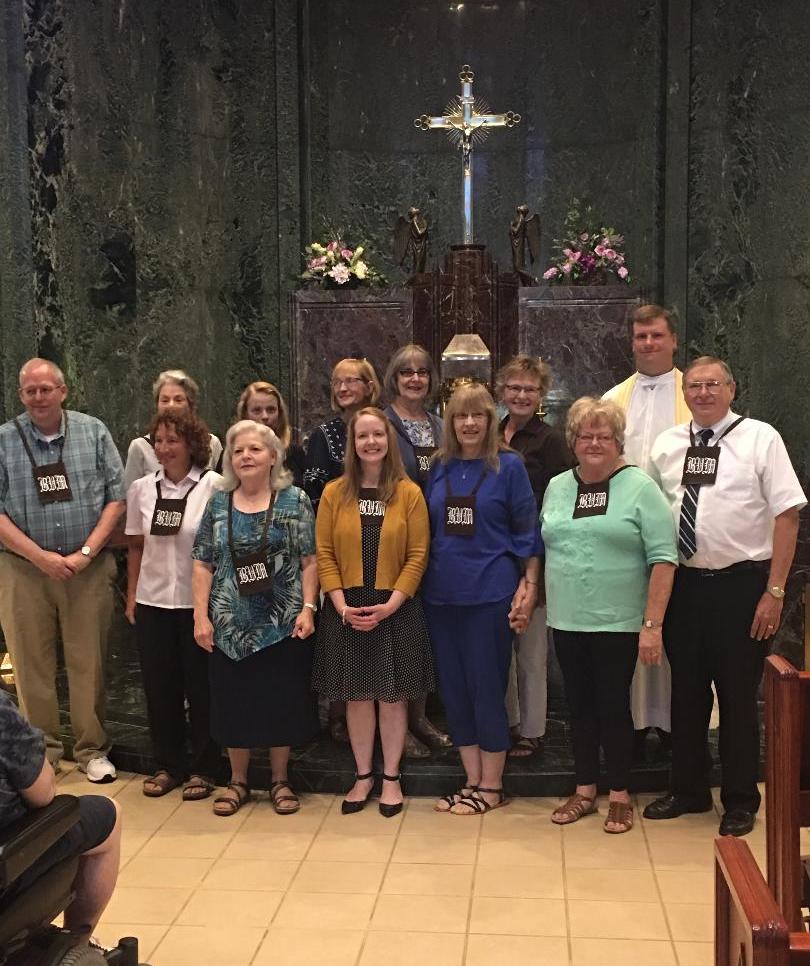 Seven members of the Lay Carmelite Community in Fort Wayne were welcomed to final profession, three members were received and one member renewed his temporary promises on Saturday, July 13. The Lay Carmelite order, historically known as the Third Order of Carmel, is an association of Catholic lay persons who commit themselves to live in the following of Jesus Christ through the Carmelite order. Lay Carmelites attend monthly meetings, practice morning and evening Liturgy of the Hours and pray the daily Lectio Divina. They also wear the brown scapular of Our Lady of Mount Carmel as an external sign of their dedication to Mary. — Provided by Anne Mallett 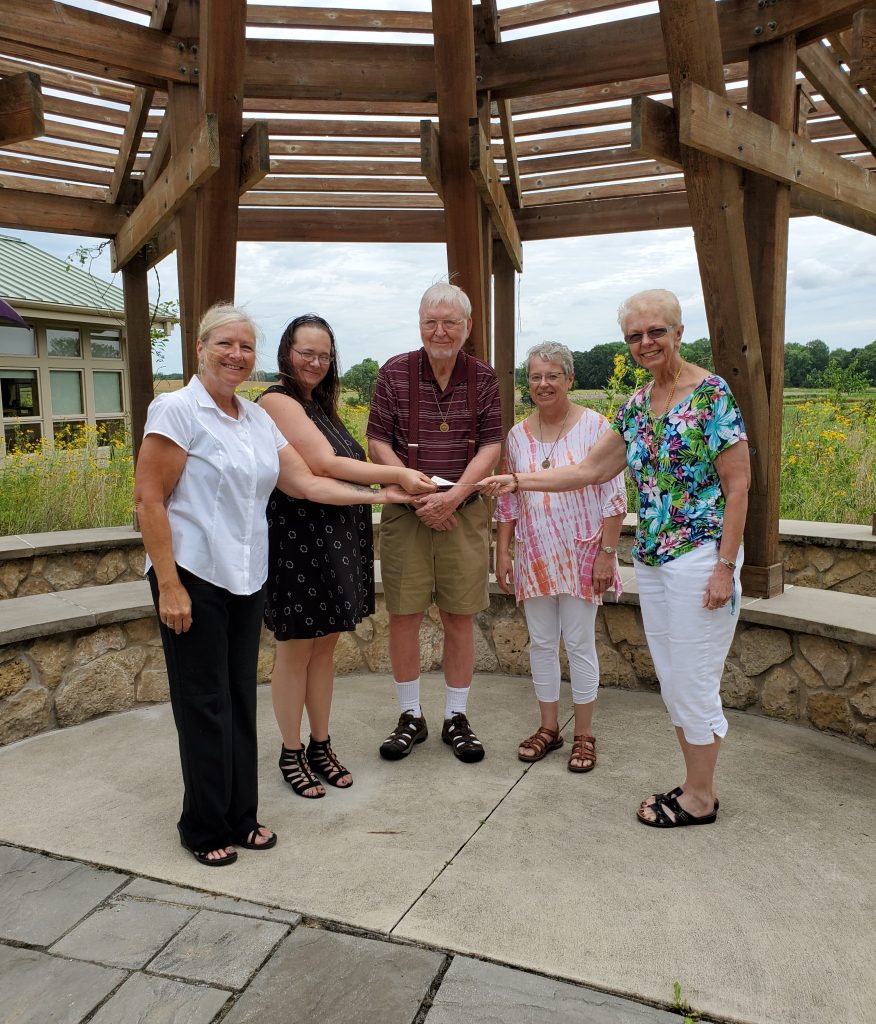 Members of the Poor Handmaids of Jesus Christ Associate Community present a check to the staff of Heminger House, Plymouth, in July. On Saturday, July 13, The Center at Donaldson sponsored a Concert by the Lake event, at which over 300 people heard music by Classic Vinyl. The concert was free: however, the associate community of the Poor Handmaids of Jesus Christ had snack items available for purchase to support the women and children’s shelter. It is the Poor Handmaids’ mission to stand with the poor and powerless in search for justice and this is just one example of fulfilling that mission, which they were able to do thanks to all who purchased snacks at the concert. Pictured, from left, are Heminger House Director Diane Fisher, Heminger House Manager Nicole Hicks and PHJC associates Ken Jamsa, Jeanne Boomershine and Donna Sikorski. — Provided by Julie Dowd