FORT WAYNE – St. Vincent de Paul Parish in Fort Wayne will host a Seder meal on April 13 at 6 p.m. The Seder meal is a ritual meal commemorating the events of the Exodus. The observance of the Seder meal celebrates not only the tradition of Christ’s last supper, but the Church’s Jewish heritage. The parish will furnish the lamb and wine for the meal. There is no charge for dinner, but each person is asked to bring a dish to share among the eight people at their table. Reservations are required by Sunday, April 10. Register at saintv.org/seder or the church offices at 260-489-3537.

NOTRE DAME – The Notre Dame Office of Life and Human Dignity at the McGrath Institute for Church Life partnered with the Sisters of Life to produce “Into Life: Love Changes Everything,” a 12-part video series. This series features the ministry work of the Sisters of Life, who accompany women facing unexpected pregnancies and the pro-life theology of their mission. The program is free and can be used for 12-week group study or personal use. It can be accessed at intolifeseries.com.

FORT WAYNE – Three students from Fort Wayne Catholic schools received recognition as Mayor’s Choice awardees at the annual Foundation for Art and Music in Education (FAME) Festival in Fort Wayne: eighth-grader Felicity Barton from Queen of Angels, third-grader Savannah Galbraith and eighth-grader Lauren Galbraith, both from St. Charles Borromeo. Their artwork will be featured alongside other Mayor’s Choice Award winners in the basement level of Citizen’s Square in downtown Fort Wayne from April 21-May 12.

Morning of reflection and renewal

FORT WAYNE – On Saturday, June 11, the Seven Sisters Apostolate will present “Getting to Know Our Patrons: Madonna of the Grapes, St. John Vianney and St. Margaret Clitherow.” This event will take place at St. Vincent de Paul Catholic Church in Fort Wayne beginning at 8:15 a.m. with Mass and a light breakfast to follow in the Msgr. Kuzmich Life Center. This will provide an opportunity for members of the Seven Sisters Apostolate to renew their commitment and share fellowship with others. A relic of St. John Vianney will be available for veneration. There is no cost, but attendees must register at bit.ly/ssrenewal22. 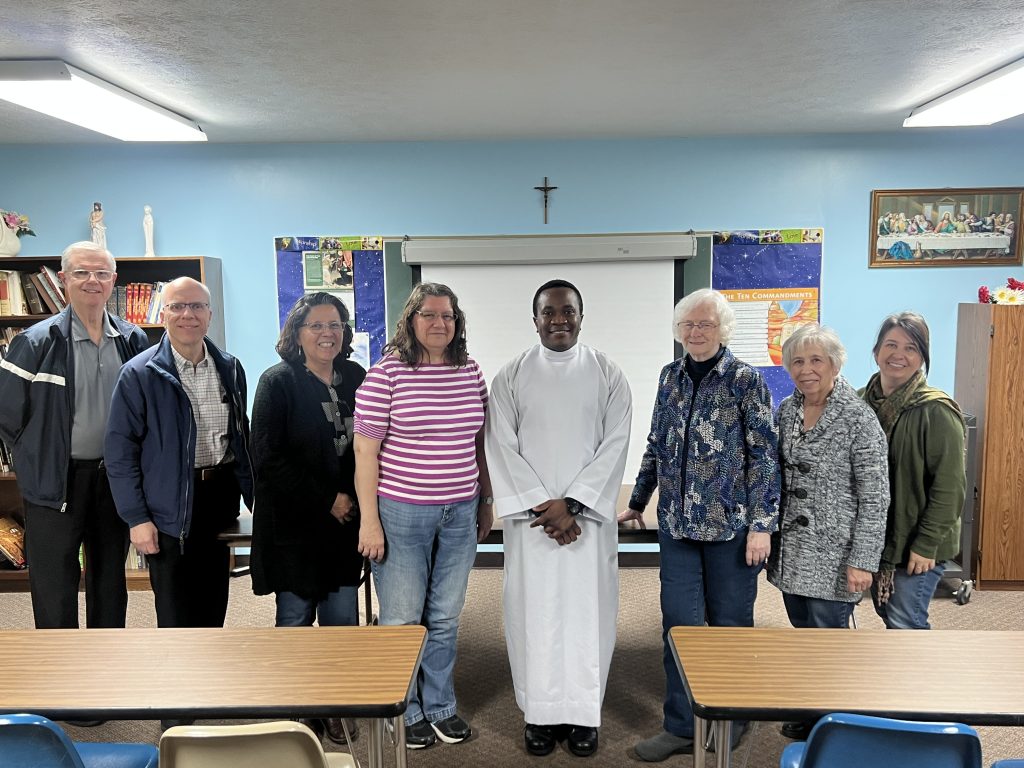 Provided by Father Bob Garrow
Father Augustine Onuoho, Parochial Vicar of St. Pius X in Granger, is seen with parishioners of St. Stanislaus Kostka in New Carlisle when he came to give a presentation at the parish about the Catholic Church in Africa, and more specifically, his home country of Nigeria. Nigeria is the largest nation in Africa, by population with a sizable Catholic population in the southern regions. Many priests from Nigeria are sent to the U.S. as missionaries. 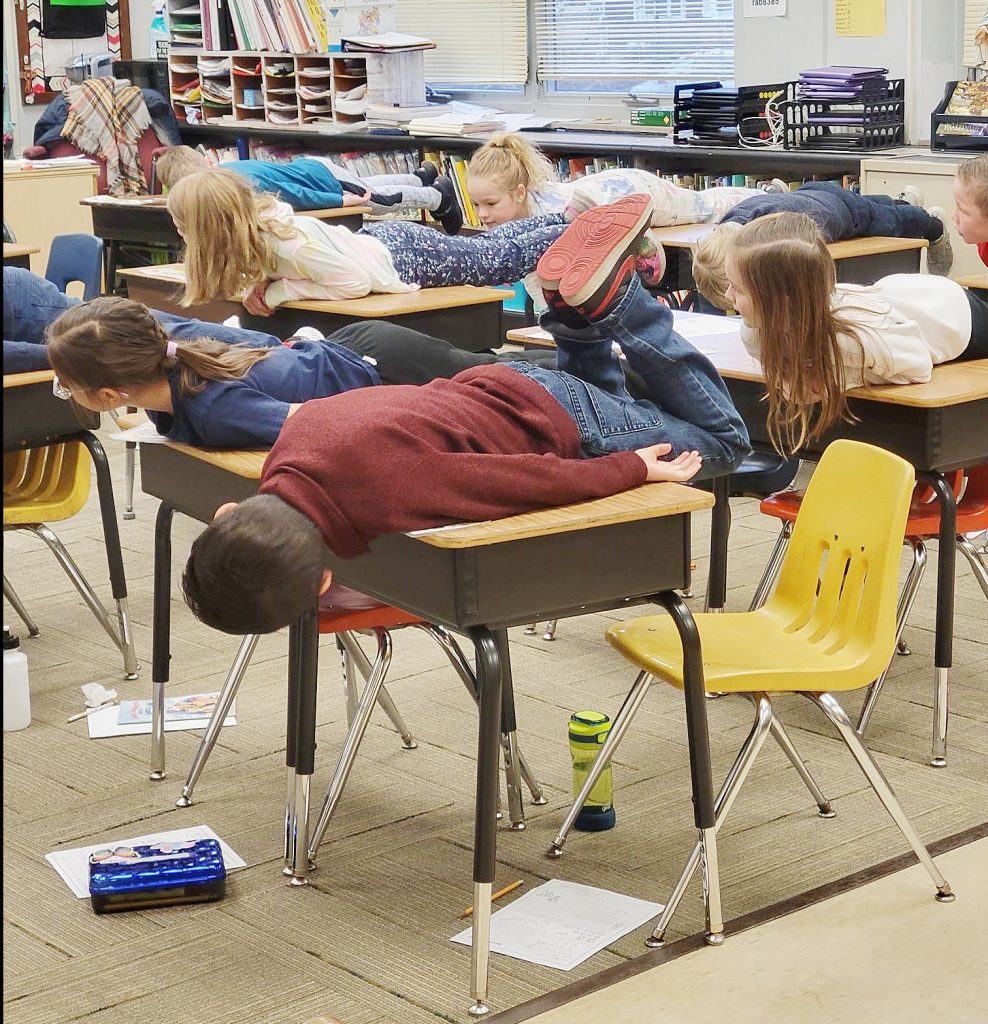 Provided by Jeanne Hohenstein
After morning prayer and announcements at St. John the Baptist School in Fort Wayne, principal Mary Keefer very seriously told the students that they would be having a flood drill. Students were to lay down on their desks in case the classrooms flooded. Though confused, students did as they were told and laid on their bellies across their desks so that they could swim if needed. After a couple minutes, Mrs. Keefer, came back on the announcements to call “April Fools!” 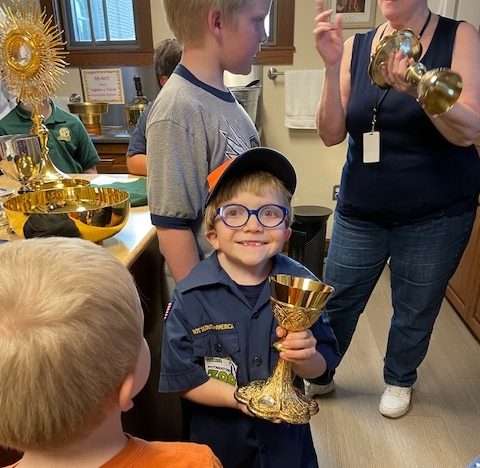 Provided by Chip Mitros
Members of Cub Scout Pack 10 from St. Pius X Catholic Church in Granger are presently working toward their Light of Christ and Parvuli Dei elective awards. These awards help scouts to develop their relationship with God. Pictured are scouts who recently attended a “behind the scenes” tour of St. Pius X, led by Sally Flask.