JUBAIL, Saudi Arabia (CNS) — As Pope Francis embarks on the first-ever papal visit to the Arabian Peninsula, few may realize that the predominantly Muslim region carries an ancient Christian heritage.

Christians worshiping there today have their antecedents in churches and monasteries hailing from the earliest times of Christianity. St. Paul ministered in Arabia, as recorded in the New Testament.

When Pope Francis visits Abu Dhabi, one of seven emirates composing the United Arab Emirates, he will be walking in the well-trod footsteps of Christians in centuries past.

The UAE boasts the historical Christian monastery on Sir Bani Yas Island built about A.D. 600. The church there contained private cabins for monks and prayer rooms. Archaeologists found nearly 15 kinds of pottery and glassware, some of which was used in religious ceremonies, according to the UAE’s former minister of state for tolerance, Sheikha Lubna Al Qasimi. 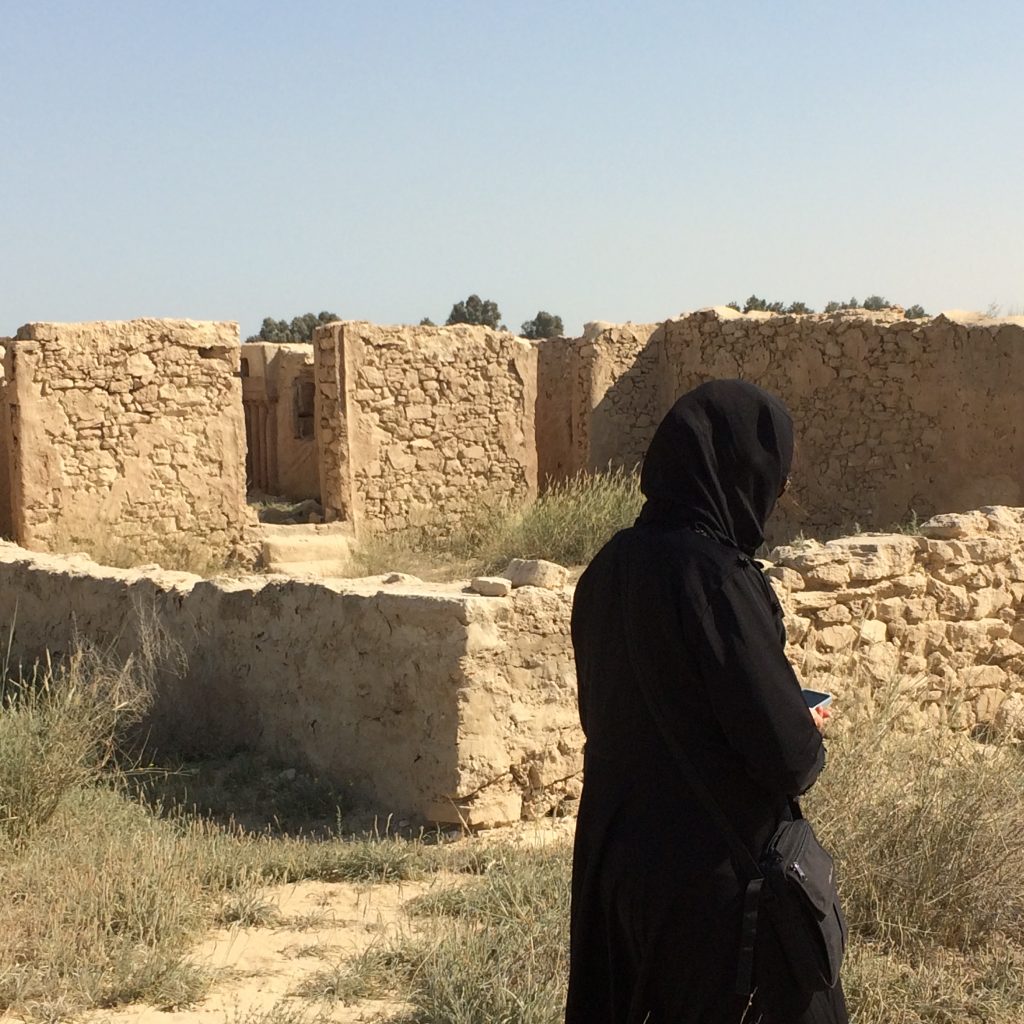 A woman visits the ancient Jubail church in Saudi Arabia Jan. 19, 2019. The ruins date back to the fourth century, making it one of the country’s oldest churches. (CNS photo/Dale Gavlak)

The archaeological finds at the monastery highlight the history of various religions and cultures that inhabited the island for thousands of years, said Mohamed Khalifa Al Mubarak, chairman of Abu Dhabi Authority for Tourism and Culture. He said the monastery reflects the richness of the country’s history.

Another pre-Islamic Christian monastery and church were discovered at Marawah in southern UAE, dating from the seventh century. Both are thought to have been built by the Assyrian Church of the East, formerly known as the Nestorian Christians.

Although Islam is the state religion and the faith of almost all of the UAE’s citizens, numerous modern-day churches exist, and Christians are permitted to practice their faith. However, there are no bells rung to call the faithful to prayer and no crosses can be visible from the street.

Yet, in neighboring Saudi Arabia, public worship of other faiths outside of Islam is prohibited, and Christianity can be practiced only in private homes. This huge country dominating the land mass of the Arabian Peninsula also hosted a number of Christian churches and bishoprics in centuries past.

One of the country’s oldest churches dating back to the fourth century is in found near the eastern town of Jubail. It, too, originally belonged to the Assyrian Church of the East.

Discovered in 1986, the mudbrick structure was covered in sand when a dune buggy reportedly crashed into the structure and subsequent digging found the ancient worship place decorated with crosses.

Although there are only partial remains of some walls to ancient structure and the crosses have been covered over with cement, the Jubail church signifies an important part of the historic Christian presence in Arabia.

There are numerous other church ruins in Saudi Arabia, including one outside the capital, Riyadh, and in Jeddah. Archaeologists also discovered Christian monuments from the fifth and sixth centuries and inscriptions in Najran.