SAN FRANCISCO (CNS) — The Little Sisters of the Poor lost another round in court Oct. 22 when a three-judge panel of the U.S. Court of Appeals for the 9th Circuit ruled 2 to 1 against the religious order getting a religious exemption from the U.S. Department of Health and Human Services contraceptive mandate under a 2017 Trump administration rule.

In their majority decision in the State of California v. Little Sisters of the Poor, Judges J. Clifford Wallace and Susan P. Graber said allowing an exemption for religious groups such as the Little Sisters flies in the face of the Affordable Care Act.

Wallace, who wrote the decision, said the panel “held that the religious exemption contradicts congressional intent that all women have access to appropriate preventative care and the exemption operates in a manner fully at odds with the careful, individualized, and searching review mandated by the Religious Freedom Restoration Act.”

Judge Andrew J. Kleinfeld in his dissent said the “public fervor and litigation has never stopped” since the HHS mandate was first put in place in 2013 under the Affordable Care Act of 2010.

“The casual reader may imagine that the dispute is about provision of contraception and abortion services to women,” he wrote. “It is not. No woman sued for an injunction in this case, and no affidavits have been submitted from any women establishing any question in this case about whether they will be deprived of reproductive services or harmed in any way by the modification of the regulation.” 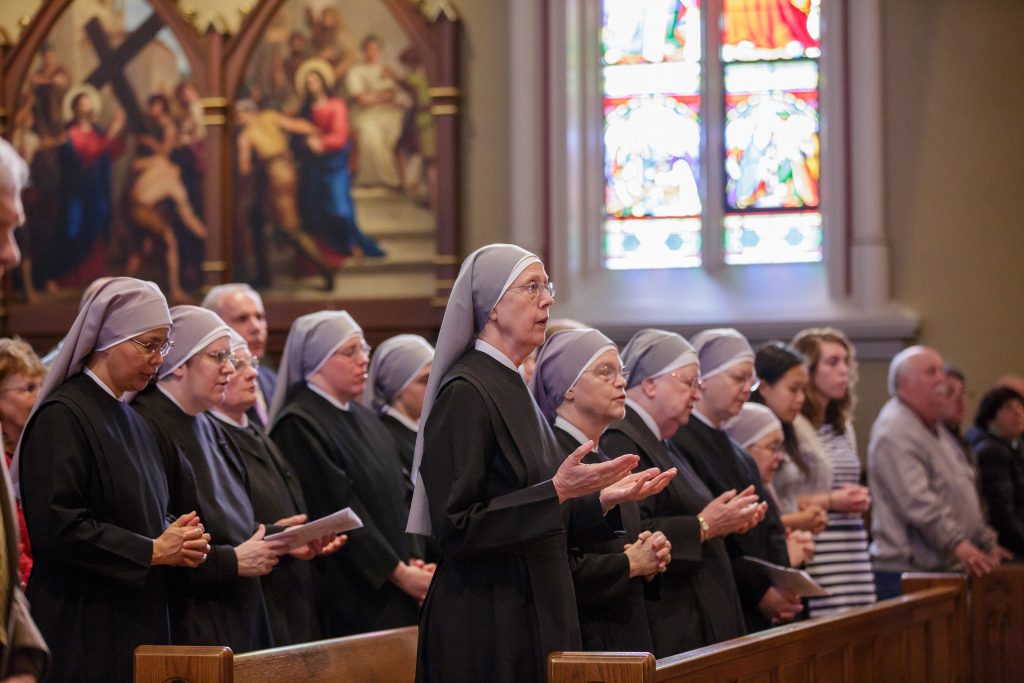 Members of the Little Sisters of the Poor pray during Mass at the Basilica of the Sacred Heart at the University of Notre Dame in Indiana April 9, 2016. The Little Sisters of the Poor filed a petition with the Supreme Court Oct. 1, 2019, asking the court to once again protect them from the contraceptive mandate of the Affordable Care Act. (CNS photo/Peter Ringenberg, Notre Dame Center for Ethics and Culture)

In 2016, the Supreme Court granted the sisters a religious exemption from the government’s mandate requiring them to include coverage of contraceptives in their employee health plans or pay hefty fines.

Then, one year later, they were given further protection by an executive order issued by President Donald Trump requiring HHS to write a comprehensive exemption from the contraceptive mandate for the Little Sisters and other religious ministries. HHS provided this exemption in 2018, but several states challenged it, including California, Pennsylvania and New Jersey, saying HHS didn’t have the power to give this exemption.

In his lawsuit against the Little Sisters, California Attorney General Xavier Becerra argued the HHS ruling providing the religious exemption violates constitutional amendments because it allows employers to use religious beliefs to discriminate against employees and denies women their rights to equal protection under the law.

The Oct. 22 ruling handed down by the San Francisco-based 9th Circuit came almost a full year after the appeals court heard oral arguments in the case.

The Little Sisters religious order is being represented by Becket, a religious liberty law firm based in Washington. The sister’s lawyers argue that the states have no right to challenge the exemption rule.

In the decision, the court said it would welcome guidance on the matter from the U.S. Supreme Court.

On Oct. 1, the Little Sisters of the Poor filed a petition with the Supreme Court asking the court to once again protect them from the contraceptive mandate.

“It is time for the Supreme Court to finally put this issue to rest,” Mark Rienzi, president of Becket, said in a statement the day the petition was filed.

He called the case “a nonsensical political battle that has dragged on six years too long.”

“These states have not been able to identify a single person who would lose contraceptive coverage under the new HHS rule,” Rienzi said, “but they won’t rest until Catholic nuns are forced to pay for contraceptives.”