As the world becomes more sexualized, easy access to the internet and various social media platforms through cell phones and computers make it easy for youths and adults to become plagued by sexual temptation and pornography, which attacks the virtue of purity and the beauty and dignity of each person. Software programs such as Covenant Eyes are used by many people to shield their loved ones from sensitive and corruptive information. However, programmers simply find ways to get around the software to tempt those who struggle with this addiction once again. But those who fall prey to temptations of the flesh are not alone in their battles. 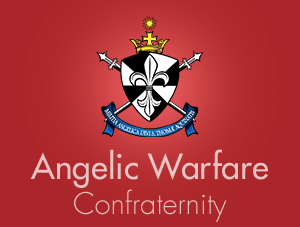 The Angelic Warfare Confraternity is an official apostolate of the Dominican Order and a fellowship of men and women of all ages who are bound to one another in mission and love. Members of the confraternity are dedicated to pursuing chastity and purity together under the patronage of St. Thomas Aquinas and the Blessed Virgin Mary.

According to the records of his canonization, after his brothers’ failed attempt to lure him from his chosen vocation with the aid of a prostitute, St. Thomas Aquinas fell into a mystical sleep and had a vision. Two angels came to him from heaven and bound a cord around his waist, saying, “On God’s behalf, we gird you with the cord of chastity, a girdle which no attack will ever destroy.” Many witnesses told of his evidently high degree of purity and chastity. The angels’ gift preserved St. Thomas from sexual temptation and bestowed upon him an enduring purity that elevated all his thoughts and actions.

Jackie Oberhausen is pastoral associate of Our Lady of Good Hope Parish and works closely with the youth ministry. She said that “once people are exposed to pornography, they could struggle with temptations.” This is especially true of young adults, whose brains are still developing. 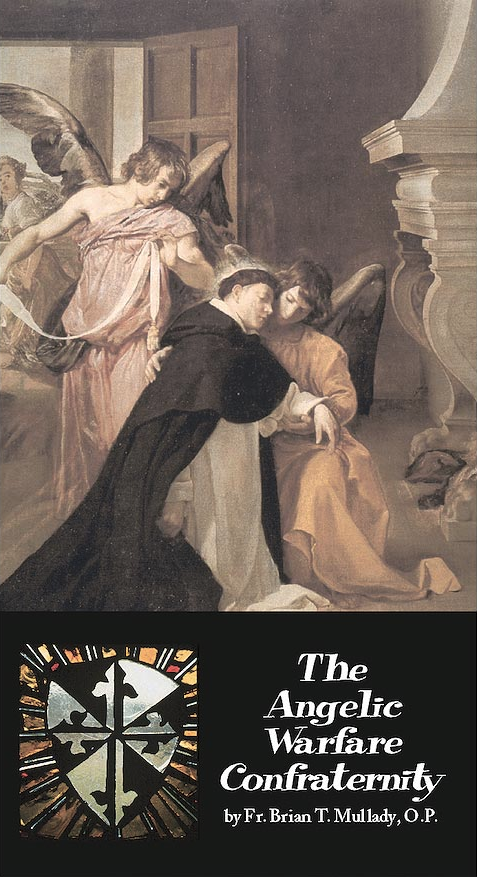 Pornography is so prevalent that once a college student approached Oberhausen and explained that explicit, sensitive material can be heard coming from individual rooms when walking down the hallways of his college dormitory. A group of Bishop Dwenger students have formed a group to become each other’s accountability partners to resist temptation against unchaste thoughts and behaviors.

The 15 intentions that the Angelic Warfare Confraternity pray for themselves and other members are as follows: for the current social and cultural climate, relationships, modesty in all things, the five senses, sensuality, the imagination, the memory, the power of estimation, affectivity, the intellect, the will, the conscience, the heart, for self-surrender and for love. This set of prayers takes only a few minutes and may be included in a daily rosary. Those who struggle against impurity, as well as those who want to assist those who do, have declared that the prayers give great protection and fortitude in living out the virtue of purity. All who belong to the Confraternity pray for all other members. What a blessing and gift it is to have more than a half a million people praying for each other every day.

Members of the Confraternity also agree to wear a sign of their belonging, such as a thin cord with 15 knots like a rosary, or a medal with St. Thomas Aquinas on one side and Our Lady on the other.

Various saints and blesseds, such as St. Aloysius Gonzaga, Blessed Pier Giorgio Frassati, Blessed Columba Rieti, and Blessed Stephana Quinzan have belonged to the Confraternity. Anyone can join the Confraternity and these saints in praying for purity.

It is a simple way to do so much good; to become inducted, receive prayers, wear a cord or medal to remind one to pray and to change the values of today’s society. Parents and their families as well as individuals
are invited to join in prayer through the Angelic Warfare Confraternity. Father Whelan will be setting future dates for induction into the Confraternity.

For questions about the induction ceremony, contact Jackie Oberhausen at [email protected].