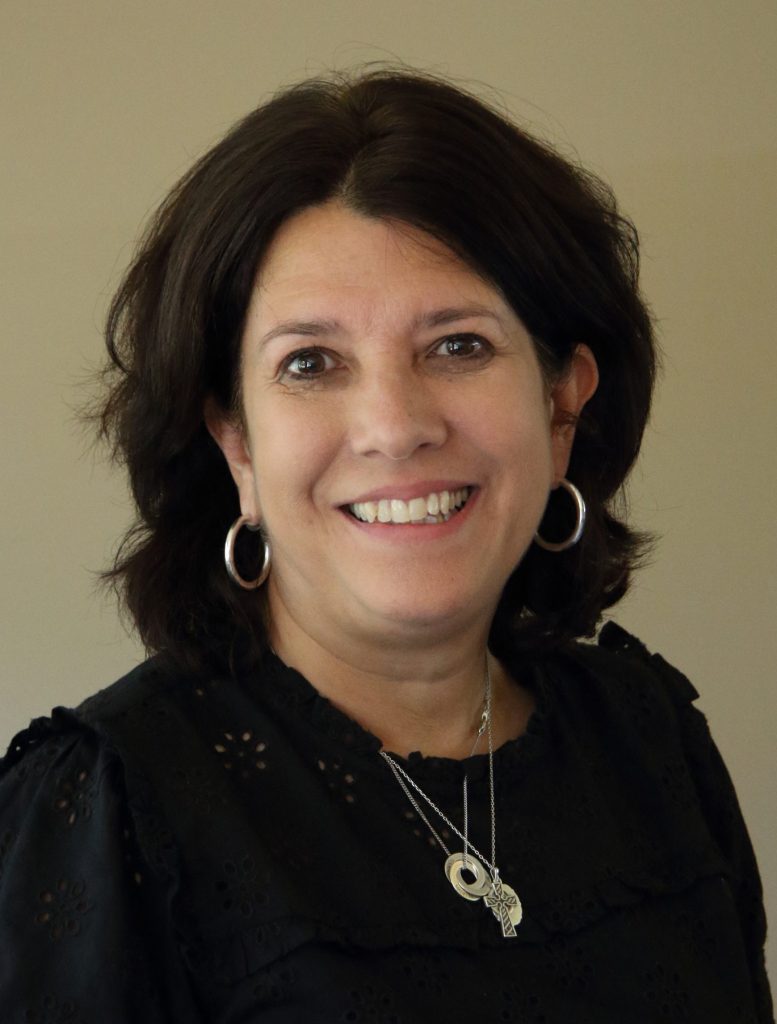 Openness to the nudging of the Holy Spirit led the new principal of St. Jude School in South Bend to explore a new avenue in her career. Ana Maria Lewis had not planned on seeking a position as a principal, but an unsettled feeling and an answer to prayer guided her toward that objective.

Lewis began her teaching career in the public schools in Cincinnati after earning her bachelor’s degree in elementary education from Miami University of Ohio in Oxford. The six years she spent in public education taught her that something was missing in her job: the ability to bring her faith into the classroom.

“I think just being able to instill that love of Christ in children at an early age is so important,” Lewis stated. “And to be able to do it in a math lesson, in a science lesson, in a reading lesson … it was missing.”

After moving to South Bend with her husband and three children, St. Joseph Grade School seemed a logical location to go back to the classroom, as her children were enrolled there. She spent 14 years as a second grade teacher and another four as assistant principal.

When she became the assistant principal at St. Joseph, Lewis decided to obtain her master’s degree through the University of Notre Dame’s Mary Ann Remick Leadership Program. She describes it as a “grueling but great 26 months”; a time for “fostering and renewing my spirituality and what it means to be a leader in a school, because you’re also a spiritual leader.”

Last fall, Lewis said she began to feel the Holy Spirit moving, possibly directing her on a new path. She spoke with the same priest who had urged her to begin the Remick program. He believed she was being called to become a principal, but Lewis was uncertain if she was ready for that step.

“A couple of different people told me about the position here, and I just kind of dismissed it,” she remarked.

Her husband advised her to write an email and cover letter, saying she would know when the time was right to send it. She did.

Hours after submitting the email, Lewis received a call for an interview. In less than a week’s time, she was offered the job. “Everything fell into place, and I think that’s how I knew this was where God was calling me. This is my next chapter, this is St. Jude’s next chapter; it’s a lot of new and exciting things.”

Lewis has certain goals she would like to accomplish at St. Jude. The first was to hire an assistant principal in July, Jennifer Crain. The two women found that they mesh well and are already hard at work preparing for the upcoming school year.

High on Lewis’s priority list is taking care of the teachers who have been under so much pressure over the last year and a half. “I know that community is really important here and just seeing each other and being with each other, so we want to bring back the community as safely as we can.”

Promoting a community that is inclusive is important to Lewis. She stated, “We have a lot of children with different needs, and we are very open to including everyone.” The St. Jude staff is also dedicated to aiding students with disabilities and the school has a strong support system for such students.

Of course, living the Catholic faith in every aspect of the school takes top priority in her leadership role.

“We need to continue to prepare our students, not just for high school and college, but beyond; and eventually their goal is to reach heaven and that’s our number one goal.” She tells her staff that “in all of our interactions and what we do every single day with our children, that’s what we need to teach them. They need to see Christ in everything we do.”

Motherhood will always be Lewis’s first vocation in life, she said. Her children are grown now, with the youngest a student at Notre Dame, but she is grateful that they all live nearby. She and her husband will celebrate their 29th anniversary this year and remain parishioners at St. Joseph Parish.

Lewis hopes to see the school continue to grow and thrive under her leadership, while remaining mindful of her purpose as the spiritual leader of the school.