Getting older, feeling one’s bones creak and realize that a once-sharp memory is fading can be a difficult transition for anyone — female, male, lay or religious. To live this portion of life well, that is, faithfully, with a Catholic perspective and with God both at the center and at the finish line, is challenging. Yet, what lies beyond compels a person forward. 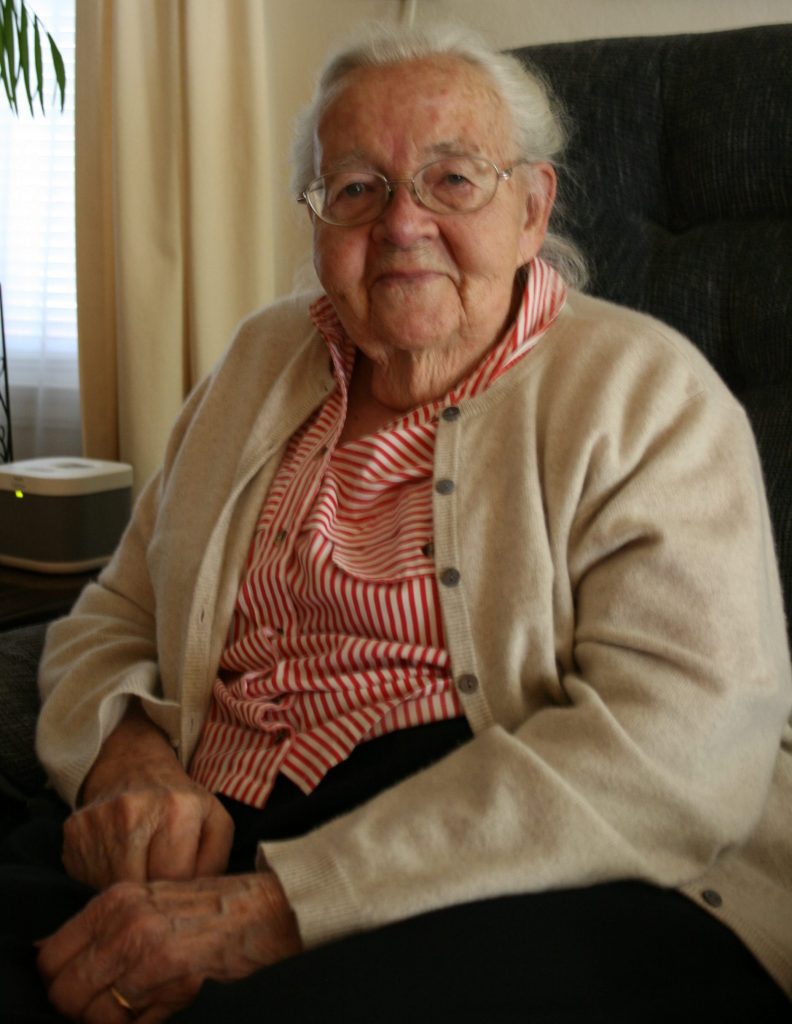 Simone Ostric of South Bend, a widow of 20 years, is still inspired by her late husband Anthony’s dedication to practicing their Catholic faith. She strives to be more like him, she says, by remaining faithful in prayer and by supporting pro-life efforts. The couple met her native Switzerland; Anthony was a native of Croatia at the time, studying at the University of Geneva. They immigrated to the U.S. in 1952. — Jennifer Miller

Simone Ostric, 96, sits with perfect posture despite a recent fall. Originally from Freiburg, Switzerland, she immigrated to the U.S. in 1952. Born into a French-speaking Catholic family, in a geographic area that was “Catholic all the way around,” living the faith was a normal part of life for her.

“The bishop lived in my hometown,” she recalled, and her father taught physics at the famous pontifical university. Priests came to the local public schools to teach catechism and Scripture, and special vesper services were offered on Sundays just for children.

The eldest of three children, Ostric still remembers the date of her first Communion: April 17, 1932. 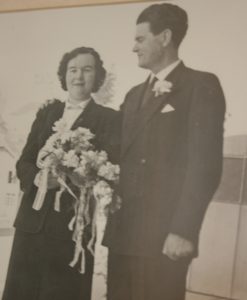 She met her husband, Anthony, on the street one Saturday evening. She was an economics teacher; he was a student from Croatia, studying at the University of Geneva. They began dating, visiting with each other once a month. They married March 4, 1950, in Freiburg.

After World War II was over, Anthony could not return home to Croatia due to communists having taken over the country. Having been a Catholic before the war, he would have been jailed and beaten for his beliefs.

He was a staunch Catholic,” Simone remembered, and had fought for what he believed in. He would often go to daily Mass at the chapel next door to the St. Mary College library.

“Now, I’m sorry I didn’t join him more often,” she said. “I should have done that. I’m trying to do better now.” 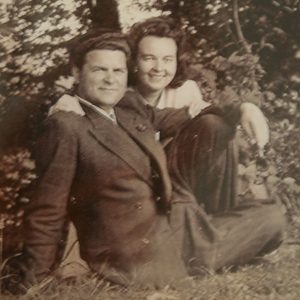 After a two-year wait, the Ostrics’ request to immigrate to America, as refugees, was granted. They traveled to Paris by night train, then to Le Havre, on the coast of northern France, to take a boat 10 days across the ocean to Halifax, Canada. They went on to New York City with their 14-month-old daughter, Mary Christian.

“After rent and electricity, we only had $100, so I had to budget. We were grateful for a roof, our health and we made the best of it.” And when she could, Simone would take a train all the way from Astoria, Queens, into Manhattan to have her confession heard in French. 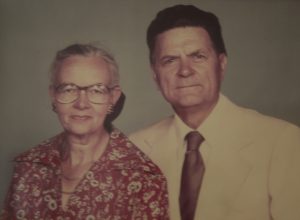 Later they moved to Mississippi and Kansas for teaching jobs and had three more daughters. Realizing they would like a college education for the girls, Anthony took a job teaching sociology and anthropology at Saint Mary’s College in Notre Dame, which would offer their daughters a full tuition benefit.

Anthony died 20 years ago, and Simone still misses him terribly. “But you have to adjust. That is the way it goes.”

From leaving her homeland to moving across the country for work, it is this acceptance of life’s circumstances that God has given her that allows Simone to trust deeply in Him. She even refers to a recent fall that injured her left shoulder as “a little setback. It could be worse. I always thank God for my health. I try to accept what will come with age.”

Of the three persons in the Trinity, Simone said she feels closest to Jesus because He was human. “He is the perfect person.”

Hers is a childlike, resounding faith, similar to the kind of faith her favorite saint, St. Therese of Liseaux, wrote of. St. Therese described doing small actions with great love. Simone has tried to emulate that, especially in her faithful pro-life work for the last 40 years.

She has volunteered with St. Joseph County Right to Life, in their office and “picketing” outside. Rosary in hand, she would walk the sidewalk with another volunteer. “Every baby is adorable!” said the mother.

Daily prayer is very important to Simone. Her prayer is said half in French, half in English because “it goes faster.” Her native tongue comes naturally from the heart.

“In the morning, I pray here, in the armchair, so I can sit up. I try to pray the rosary. Later, if I have to wait someplace, I can pray. Maybe during the day, I can read my daily meditation book.

Maybe her faith is still not deep enough, though, she said. “I still can work on it!”