WASHINGTON (CNS) — Since childhood, the typical U.S. Catholic’s response to Lent is giving up, as in “What are you giving up for Lent?”

If you haven’t been keeping track, Catholics in the United States and worldwide — just about everyone, really — have been giving up a lot since the coronavirus pandemic struck 11 months ago, with no clearly defined end in sight. You would need the fingers on both hands to name some of the things that have been lost, not to mention nearly a half-million lives lost in the U.S. alone.

So, given all that, how should a Catholic approach Lent this year?

“Maybe this Lent isn’t the year to give up something, because we’re already doing it involuntarily,” said Marie Dennis, senior adviser to the secretary general of Pax Christi International. 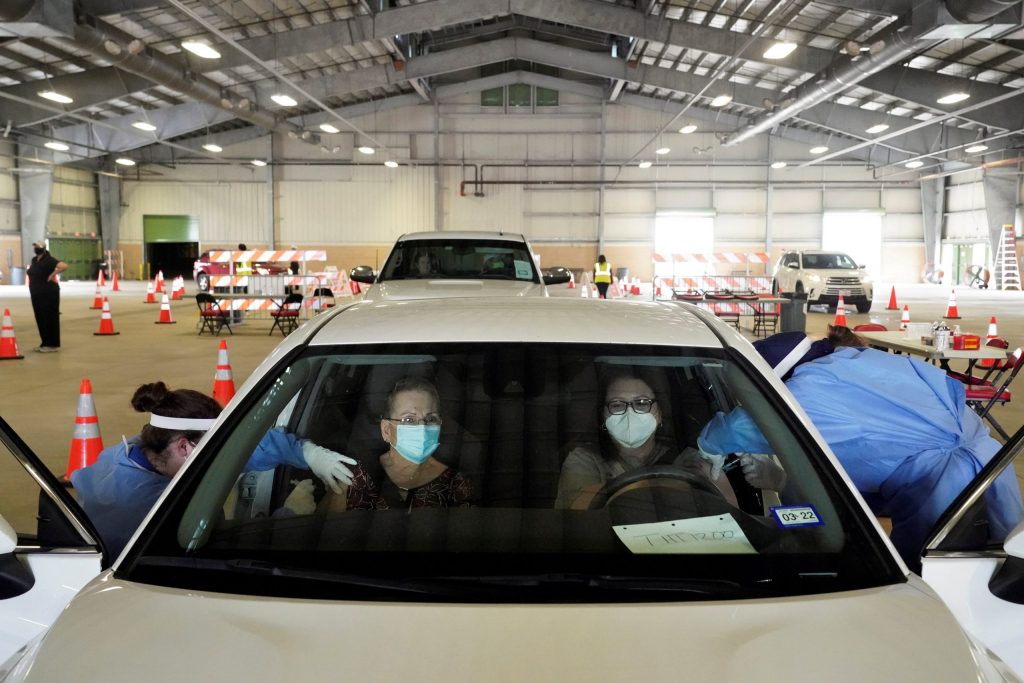 It’s time, Dennis said, to “dig deeper and to think more deeply about what are the lessons that we’re learning from this pandemic. For example, how we’re treating the earth and about the racism and inequality in our own society and inequality around the world when we’re looking at who is being most hurt by the COVID pandemic.

“That would be my practice during Lent,” Dennis said. “That would be to remind myself of the really deep changes that need to be made in our society and in our world as move forth from this pandemic.”

“There is real discernment that is needed this Lent,” said Marian Diaz, a professor at Catholic Theological Union in Chicago who directs grants to aid Catholic professionals in ministry.

“Many people have been giving and sacrificing on behalf of others during this past year,” Diaz said. “And for those people, I would just ask them to consider what do they need to do to be able to sustain that service? If our God is a God of love who comes to serve us in our creation and incarnation, we also have to consider how we are serving our brothers and sisters, but also how we are serving ourselves. What must we do to sustain ourselves during this time?”

She added, “Maybe sometimes the call is to grow in love for ourselves and we have the supports around us that we need so that we can make it for the long haul in terms of whatever forms of love or service or ministry that is functioning in our life and we’re committed to.”

“I just want to really express empathy for the situation that we all are going through, and the difficulty, not only in terms of the pandemic but the political situation in our country and the situations in our world,” Diaz said.

“I’m beginning to think our best discipline for Lent would be along the lines of ‘Fratelli Tutti’ — a reflection on nonviolence as an ethic and not as some kind of namby-pamby way of avoiding conflict, but nonviolence as a strong, direct confrontation without violence to the violence that’s taking place,” said Franciscan Father Joe Nangle, former co-director of Franciscan Mission Service.

As a religious priest, Father Nangle said his vow of poverty doesn’t give him any special insights on the giving-up concept.

“If you try to live like St. Francis, you kill yourself in this society. It’s a tough call. I try to live simply and let it go at that,” he said. “I think that laypeople are living a much more life of poverty in many ways than many of us religious. I think religious life can be very, very comfortable, I think the average layperson struggles except for the 1%.”

“It has felt like a long Lent,” said Rose Marie Berger, a senior editor at Sojourners magazine, adding: “I started thinking about this a while back.” How far back? “I wrote my Lenten spirituality column four months ago.”

Berger, who told Catholic News Service she misses physically receiving the Eucharist the most, said: “Maybe Lent this year is not so much doing something extra, giving something extra, it’s more spending some deep time in contemplation in what has been taken from us, what we have been forced to sacrifice from the pandemic, what are the sacrifices others have made for us, and where have we been able to give in ways we hadn’t expected to — it’s a reflection on our almsgiving — and in what ways have prayed.” 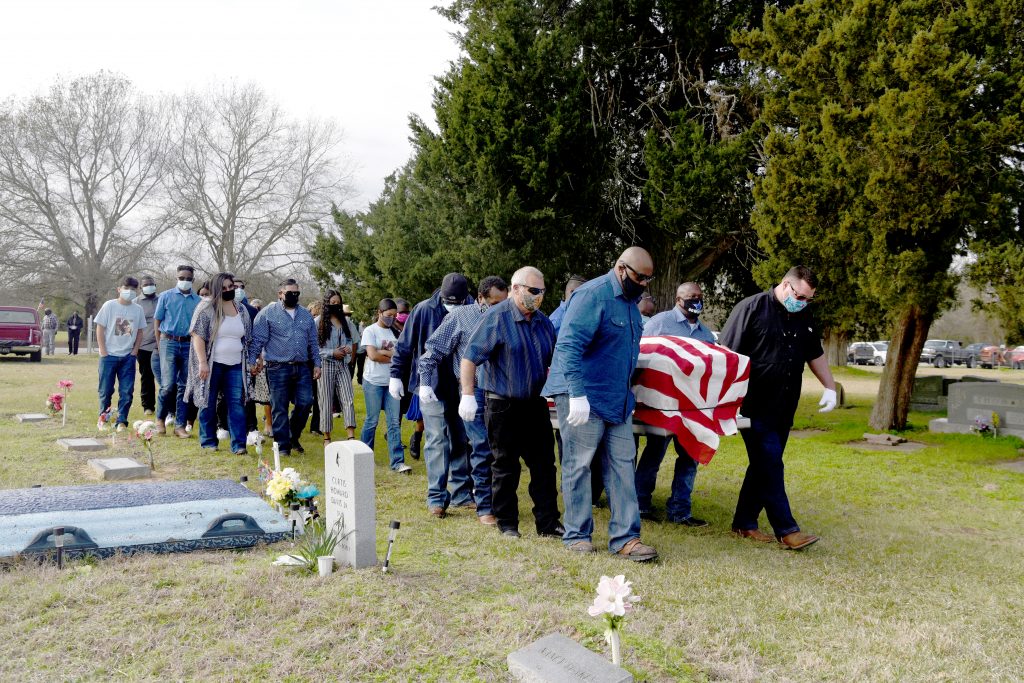 “I’m a big proponent of what St. John of the Cross says: If you don’t find love, bring love, and then you’ll find it,” said Bishop William D. Byrne, recently installed to head the Diocese of Springfield, Massachusetts. “And so, in this time where we’ve had so much taken away from us, and … to lose hope, to be discouraged, what we need to do is bring hope, and then we’re going to find it. Bring joy, and we’ll find it.”

Bishop Byrne said, “Let’s start with the blessings. It isn’t the negativity, but embrace the positive and bringing that to people each day. In order to do that, you have to look at the other two parts of Lent. There’s prayer and almsgiving. You can’t really bring positivity without prayer. Otherwise, it’s just play-acting.”

He added, “You’ve got to have something at the start of the day. Get your cup of coffee or tea, and get your rosary, get your prayer book and start. Make a conscious effort in the morning and say, ‘I am going to bring positivity to the people I’m going to meet this day. Disarm them with your joy, if you will. Bring hope where we’re feeling hopeless.”

Jesus can be our companion in our suffering, said Becky Eldredge, a spiritual director and author of “The Inner Chapel,” who is based in Baton Rouge, Louisiana. “I imagine Jesus reminding us, ‘I’m here. I’m with y’all. Tell me what you’re going through. Tell me what you’re feeling. Engage me in it,’” she said.

Lent is “an invitation to fix our eyes on Christ right now, right? More than just a giving up, it’s a looking to Christ in the here and now,” Eldredge said.

She suggested “letting Christ draw as near as possible to our suffering. A lot of what I’ve been seeing in retreat work and in (spiritual) direction is, we’re keeping Jesus a little at arm’s length. We’re not letting Him come close to our suffering.”

Eldredge added Catholics can follow Jesus’ “model of doing for others — reminding people, ‘Hey, I’m here for you. Tell me, I can listen to you.’ Show people a fixed point in Christ.”

“In the pandemic, we’ve probably settled into some routines. Some good routines, probably there may have been some unhealthy routines that we’ve settled into,” said Paul Jarzembowski, assistant director assistant director of youth and young adult ministries in the the U.S. bishops’ Secretariat for Family, Marriage, Laity and Youth.

“If nothing else, it’s a good time to examine what we’ve settled into,” Jarzembowski said. “I know I’ve got some bad habits that have crept into my time. I’ve got the ‘COVID 19’ — I’ve gained 19 pounds. I’ve been more sedentary. I haven’t been as active because I can’t be.”