Catholic News Service
HYATTSVILLE, Md. (CNS) — Longtime pro-life advocate Deirdre McQuade, who for more than a decade shared perspectives of U.S. bishops’ and the Catholic Church’s teaching on the sanctity of life, died April 21 after a bout with metastatic breast cancer. She was 53.

From 2005 to 2018, the time she was assistant director for pro-life communications at the U.S. Conference of Catholic Bishops, McQuade was interviewed by various media and spoke at numerous events, offering views on palliative care, abortion and alternatives to physician-assisted suicide. 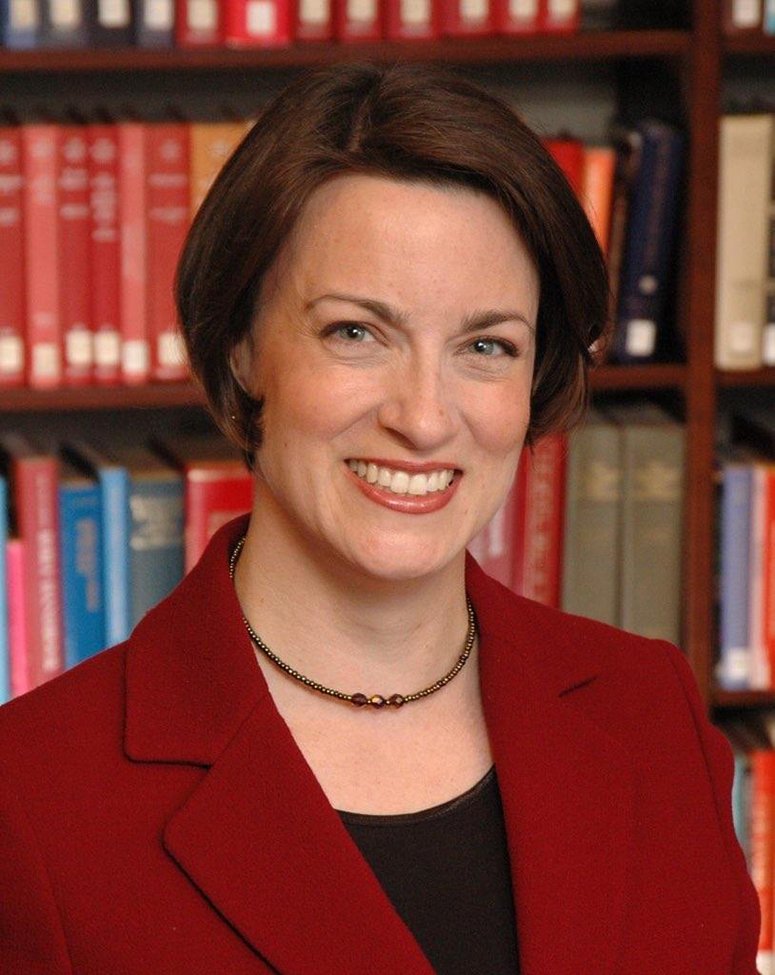 Deirdre McQuade, former director of planning and information for the Secretariat for Pro-Life Activities of the U.S. Conference of Catholic Bishops, is seen in this undated photo. She died April 21, 2022, at age 53, from complications of metastatic breast cancer. (CNS photo/courtesy McQuade Family via Catholic Herald)

Friends recalled McQuade as someone whose strong faith helped her staunchly uphold the value of human dignity in her work.

“She was very serious about her faith and incorporating faith in life,” said Dawn Eden Goldstein, an author and theologian, who met McQuade in 2007 and became close friends with her over the years.

Goldstein recalled McQuade as an advocate for a consistent ethic of life in both her professional and personal life and said her values were reflected when she chose Sister Thea Bowman, a candidate for sainthood who was the first African American member of the Franciscan Sisters of Perpetual Adoration, as her patron.

Yearslong friend Colin O’Brien described McQuade’s rich sense of warmth, friendship and hospitality, which led to her “really being there for other people.”

“You’d be sitting there and talking with her and you felt like you were to only person in the room,” O’Brien said. “Deirdre’s best friend was the person in front of her at the time she was with them.”

McQuade was born Sept. 24, 1968, to P.J. and Genevieve McQuade. Her parents, members today of St. Mary of the Immaculate Conception Parish in Fredericksburg, Virginia, recalled their daughter’s deep faith that guided her life and led to positive outlook on life.

“Deirdre led her life in the Spirit. She would watch for a wave to come along with the power of the Spirit and then jump on the wave like a surfboarder. She would go with the flow. A lot of her accomplishments look effortless. She dove in with both feet. She was really immersed in the spiritual end of life,” P.J. McQuade said.

That wave took her into working with women in crisis pregnancies at Women’s Care Center in Indiana after completing work in 1998 on a master’s degree in philosophy and a master of divinity degree, both from the University of Notre Dame. She completed undergraduate studies at Pennsylvania’s Bryn Mawr College in 1990.

During nearly five years at the women’s center, McQuade worked with hundreds of women, providing pregnancy tests, counseling and supportive services. She also taught healthy relationship skills to hundreds of teenagers as well as homeless women.

In 1999, her experience led her to the Diocese of Fort Wayne-South Bend, Indiana, where she became director of pastoral research and outreach and the ecumenical office.

In 2003, she became national program director for Feminists for Life, overseeing an outreach program to college students, before taking short-term positions with an organization that worked with Christian professionals and then as a program analyst at the National Institutes of Health Office of Research on Women’s Health.

McQuade started work at the USCCB in 2005, when she was given the responsibility of handling pro-life communications. The position allowed her to establish a reputation as a credible spokesperson and highly respected speaker at parishes and with advocacy programs.

She left the bishops’ conference in 2018 to pursue her love of photography and establish her own company, Brightness of Water Productions, based in Hyattsville, a suburb of Washington.

McQuade was diagnosed with cancer in 2019.

Survivors include her parents and a sister, Pamela Shannon.

A funeral Mass will be celebrated May 3 at St. Jerome Church in Hyattsville.

A GoFundMe page has been established to aid the family with medical expenses. Donations can be made at /www.gofundme.com/f/support-deirdre-mcquade.

Contributing to this story was Kevin Schweers, executive editor of content at the Arlington Catholic Herald, newspaper of the Diocese of Arlington, Virginia.