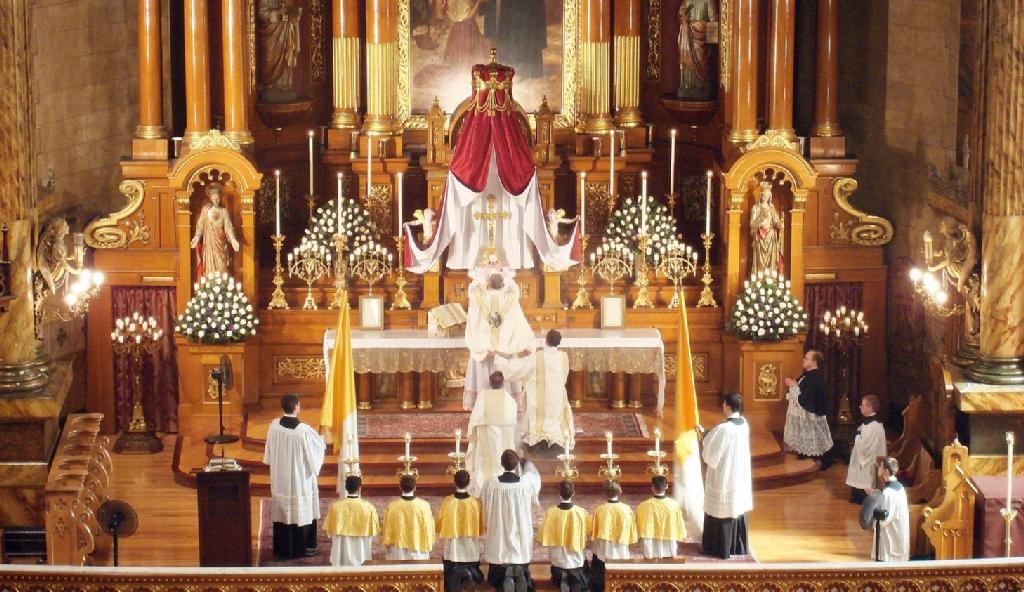 In professional Catholic circles, a tired joke that still makes the rounds goes like this:

Q: What’s the difference between a liturgist and a terrorist?

A: You can negotiate with a terrorist.

Most Catholics never use the word “liturgist” in everyday conversation, and may never have even knowingly met a liturgist; but the average Mass-going Catholic can be as opinionated as any liturgist: The music is too contemporary, too old-fashioned, too boring, too hip. The priest should celebrate with his back to the people. We should all gather around the altar and hold hands. More Latin! No Latin! The preaching is too long. Too short. There’s no bells. There’s too many bells. Altar girls, oh my! Communion in the hand, oh no!

Liturgy is “the summit and center of Christian worship,” as one Vatican document described it. And whether or not all of us would use these words, we instinctively get its meaning because it is central to how we most publicly express our faith week in and week out.

The Mass is when most of us have contact with the church. It is how we come to celebrate together Christ’s great gift to us: his body and blood. It is understandable that we all have opinions about it.

Liturgists, of course, have more opinions, because they have made a study of it, know its history and work with all of its elements to create something that will become a means by which we can more clearly and reverently experience that “summit and center.” Of course, they don’t agree either.

What got me thinking about all of this is a nearby parish, where a kind of Balkanization of the Sunday liturgies has taken place.

One Mass is considered the folk Mass, with a well-trained musical group (yes, two guitars are part of the ensemble) that tilts toward more or less contemporary music.

Another Mass comes closer to what in my childhood would have been called a high Mass. A greater likelihood of incense, and also a well-trained choir that from the loft behind us sings more traditional hymns and occasional chant.

Other Masses on the same Sunday include a music-free, early morning Mass and a robustly diverse Nigerian Mass with exotic rhythms and vivid colors.

I’ve found that many people have strong opinions about which liturgy is best. I have also observed some fascinating demographics. There’s a bit more gray hair at the “folk Mass,” and a lot of young families at the “high Mass.” Not what the advocates of liturgical changes 50 years ago would have predicted.

At first, I found all these opinions a bit off-putting. In 2017, do we really need to have the “My Mass is better than your Mass” argument?

But as I’ve grown accustomed to the different styles, I go back to a favorite meditation: God loves diversity. He created this absurdly diverse world, from the microscopic to the planetary, and we — the summit of his creation, created in his image and likeness — are wildly diverse as well. So the idea of one parish having multiple liturgical styles might just be the plan.

The Nigerians helped me see this. For a people far from their homeland, what a blessing it must be to have the powerful familiarity of a liturgy drenched in their music, their language and their culture.

The real trick we still struggle to master is how to have our opinions while appreciating our differences and seeing Christ in the other. The starting place, of course, is the Eucharist. With organ, guitar, drums or silence, it is our unity with the Lord that should be the pulse we quicken to.