Catholics in the Diocese of Fort Wayne-South Bend were witnesses to moments of grace and awe during the past year, reminding us of the Lord’s great power and of His powerful love for us. In turn, we were also shocked and saddened by the reckonings of sin. It was ultimately a year in which we reflected ever more deeply on the reason for our joy — sometimes reacting with praise, other times in sorrow or with questions whose answers He may lay on our hearts in 2019.

Sacred Heart Parish at Notre Dame ends a year of celebration of its 175th anniversary on Epiphany Sunday, Jan. 7. In 1842, it was founded by Father Edward Sorin and the Holy Cross brothers, who the same year began a ministry of education that would become the University of Notre Dame.

Bishop Kevin C. Rhoades and more than 1,000 high school and college students from the Diocese of Fort Wayne-South Bend travel to Washington, D.C. to show their support for life by participating in the National March for Life. 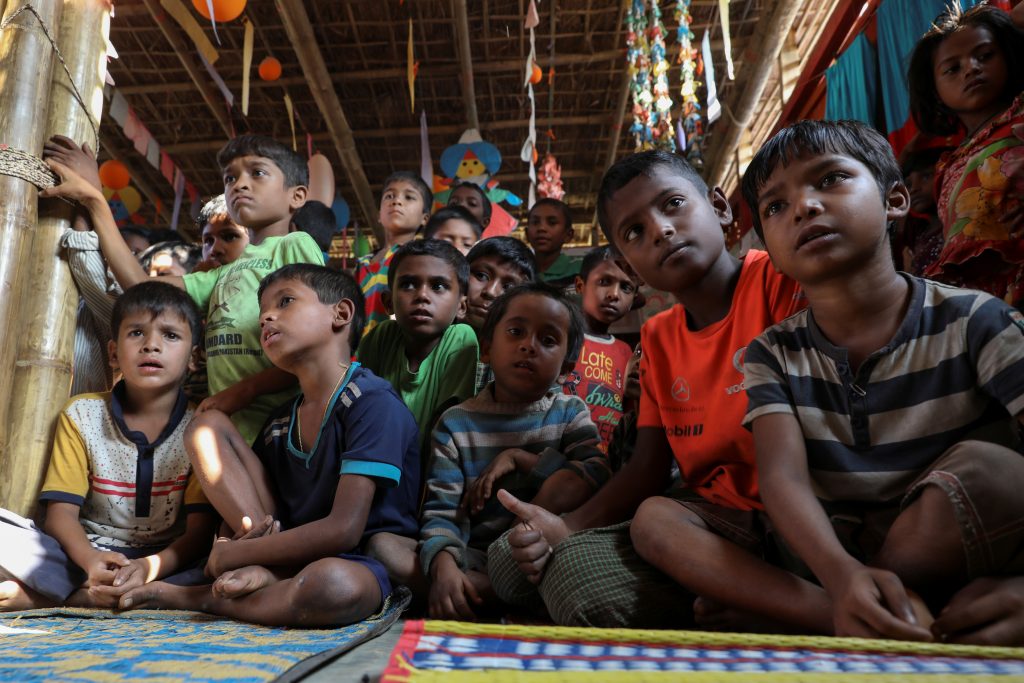 The Light Is On for You diocesanwide opportunity for confession takes place Feb. 28. All parishes in the diocese open their doors to hear confessions between 6 p.m. and 8 p.m. Many avail themselves of the sacrament after years of being away.

Pope Francis adds a new feast day to the calendar of the Catholic Church. The feast of Mary, Mother of God will be celebrated on the Monday after Pentecost every year.

The pope also celebrates the fifth anniversary of his pontificate. The hallmark of former Cardinal Jorge Mario Bergoglio’s leadership quickly becomes outreach to the poor, the sick, the disenfranchised, the immigrant, the weak in faith – those on the “peripheries” of society.

On the feast day of St. Joseph, activities on the west end of the diocese acknowledge the example of protection and care demonstrated by the spouse of the Blessed Virgin Mary and the earthly father of Jesus. Bishop Rhoades leads a vespers service for Our Lady of Hungary Knights of Columbus, and Holy Cross College Director of Campus Ministry Andrew Polaniecki speaks about St. Joseph and St. André Bessette at St. Joseph Parish. 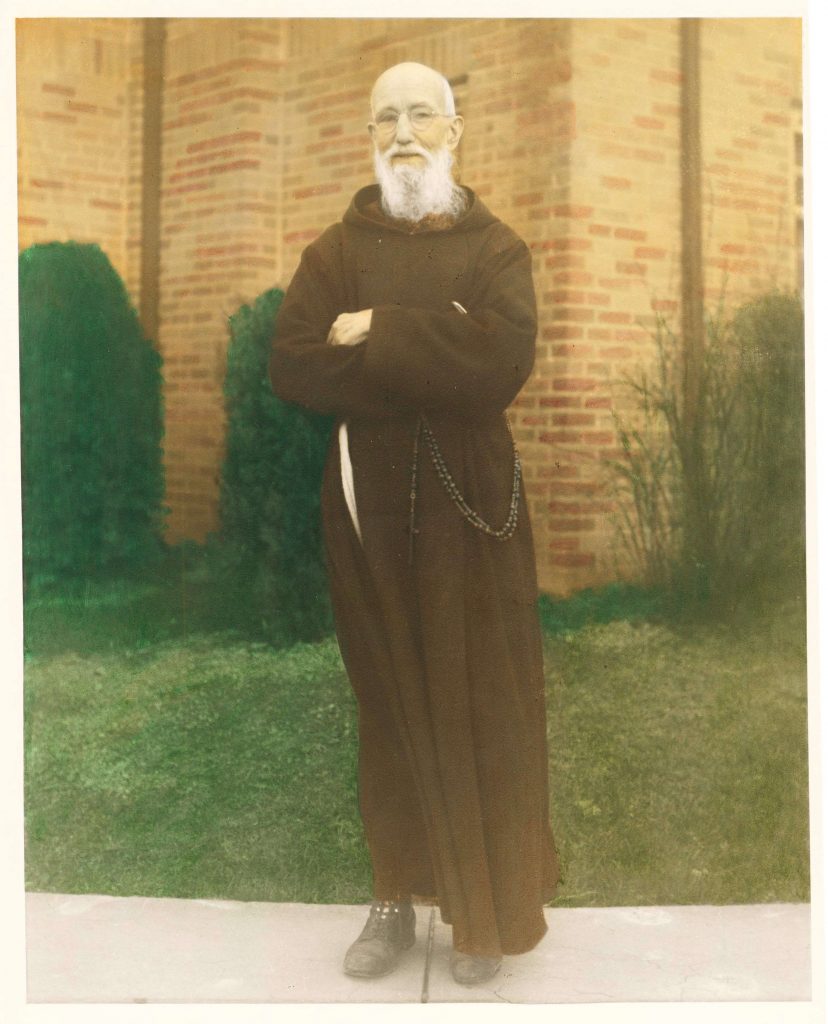 In April, the Diocese of Fort Wayne-South Bend receives extraordinary permission to celebrate the feast day of Blessed Solanus Casey as an optional memorial. Father Solanus served in ministry in Huntington for several years. — Provided by Capuchin Franciscan Province of St. Joseph

Harvard Law School professor Mary Ann Glendon is honored with the 2018 Evangelium Vitae Award, given by the University of Notre Dame in honor of outstanding work on behalf of the culture of life.

The mayor of South Bend vetoes a rezoning request made by the Women’s Care Center in South Bend, which would have allowed it to relocate near a potential new abortion facility.

Pope Francis meets with three survivors of sexual abuse by clergy in Chile.

Seminarians José Arroyo and Daniel Niezer are ordained to the diaconate at the Cathedral of the Immaculate Conception, Fort Wayne, May 19.

Hispanic representatives of the diocese gather at the University of Notre Dame for the Region 7 Encuentro, which includes dioceses from three Midwestern states. They worship and discuss issues relevant to Hispanic Catholics, and prepare recommendations for a national document that would be formulated after a national gathering in September.

Catholic Leaders across the nation increase their objection to the separation of children from their immigrant parents at the U.S. southern border.

The Felician sisters at St. Adalbert and St. Casimir parishes, South Bend, prepare to retire to their motherhouse in Michigan, thereby ending the order’s more than 100-year presence in the diocese. 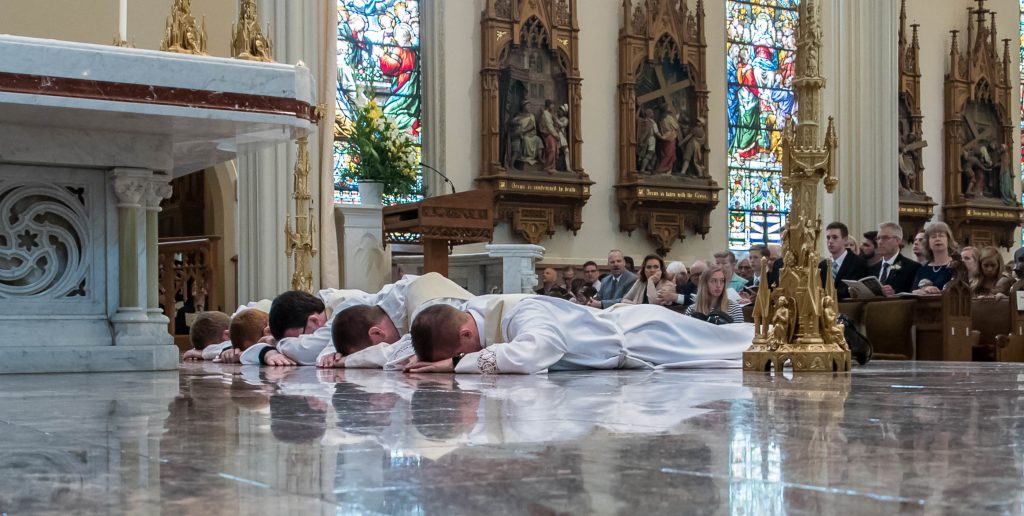 On Saturday, June 2, five deacons are ordained to the priesthood in the Diocese of Fort Wayne-South Bend by Bishop Kevin C. Rhoades — the largest number to be ordained at the same time in 43 years. Welcomed to the priesthood are Father Patrick Hake, Father Jay Horning, Father David Huneck, Father Nathan Maskal and Father Thomas Zehr. — Joe Romie

The first group of Hispanic men to be formed in Spanish and ordained to the diaconate in the diocese profess their vows June 23 at St. Matthew Cathedral.

Following a two-year investigation, a grand jury in Pennsylvania prepares to release a report that spans seven decades of allegations of child sexual abuse in six dioceses of the state.

Pope Francis accepts the resignation from the College of Cardinals of Archbishop Theodore E. McCarrick after accusations come to light that he sexually abused minors in New York.

The death penalty is “inadmissible,” says Pope Francis, who orders a revision of the Catechism of the Catholic Church’s paragraph on capital punishment.

Bishop Rhoades holds a news conference to announce that he plans to release the names of all priests and deacons of the diocese who have been credibly accused of the sexual abuse of a minor over the years. 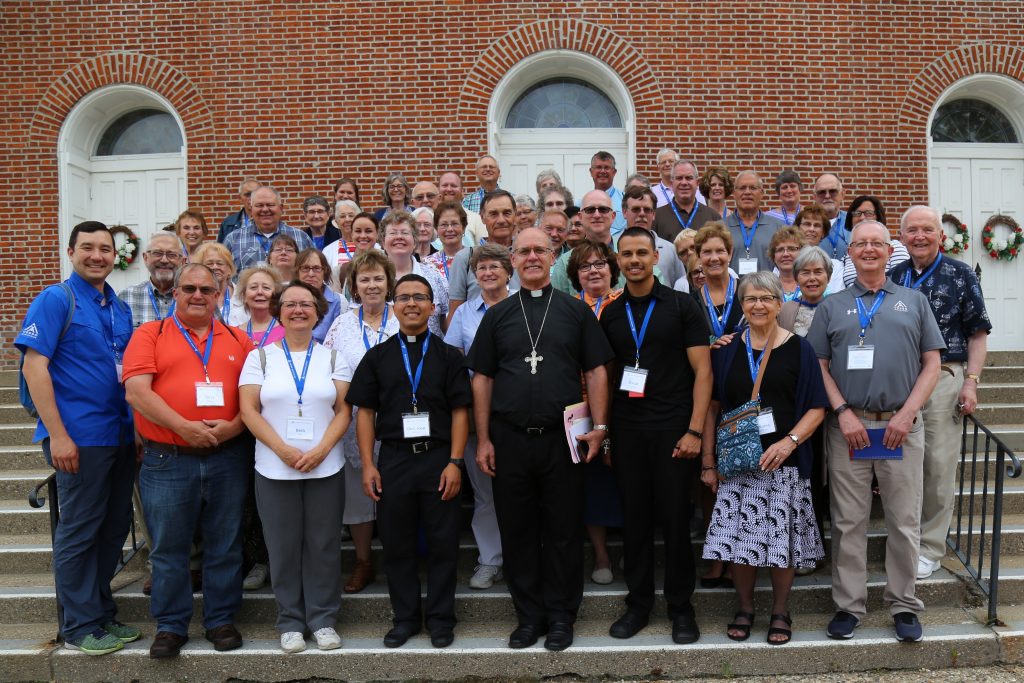 Pilgrims including Bishop Kevin C. Rhoades retrace the history of the diocese and the Catholic Church in Indiana by traveling to the area of Bardstown and Louisville, Kentucky, and St. Meinrad, Saint Mary-of-the-Woods and Vincennes, Indiana during the month of August. — John Paul Lichon

The Poor Handmaids of Jesus Christ, Donaldson, observe 150 years of their order’s home in the Diocese of Fort Wayne-South Bend with a Mass of celebration at Ancilla Domini Chapel, and other activities throughout the year.

The diocese publishes a list of 18 priests and deacons who have been credibly accused of sexual abuse of a minor and who served in the diocese.

In light of the Pennsylvania grand jury report and the revelations regarding Archbishop McCarrick, Bishop Kevin C. Rhoades declares that Oct. 5 will be a Diocesan Day of Prayer and Penance.

The School Sisters of Notre Dame end their ministry at SS. Peter and Paul Parish, Huntington.

On Sept. 27 in Rome, Spenser St. Louis is ordained to the diaconate for the Diocese of Fort Wayne-South Bend.

Following a contentious examination and a close vote by the Senate, Judge Brett Kavanaugh, a Catholic, is confirmed to the Supreme Court.

Pope Francis convenes the monthlong Synod of Bishops on young people, the faith and vocational discernment on Oct. 3.

Catholic Cemetery, Fort Wayne, lays to rest the cremated remains of Catholics not previously interred during a free committal service. 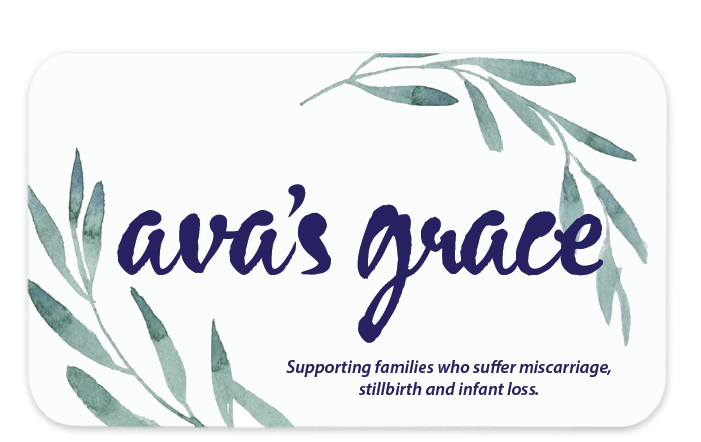 Ava’s Grace, a new ministry for parents who have experienced miscarriage, stillbirth and infant loss, begins in the diocese in October.

The most recent hearing in an ongoing licensing dispute between Whole Woman’s Health Alliance and the Indiana State Department of Health takes place Wednesday, Nov. 28. A three-member panel presided at the hearing and decided in favor of the ISDH, ruling that its denial of a license to operate an abortion clinic in South Bend was just. 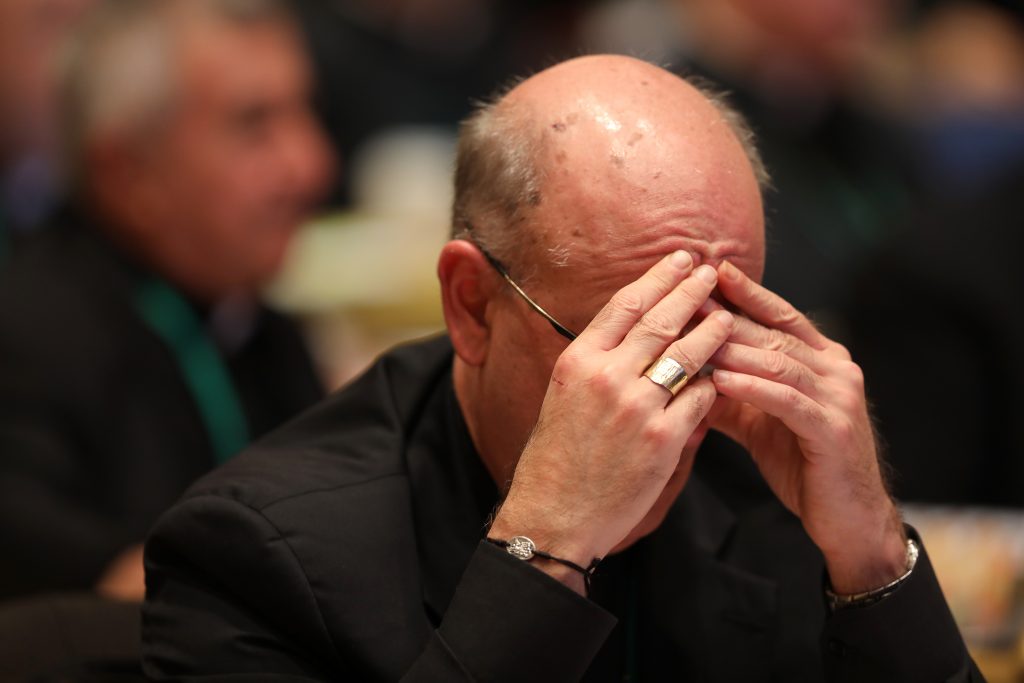 Bishop Kevin C. Rhoades of Fort Wayne-South Bend, Ind., bows his head as he listens to a speaker Nov. 13 at the fall general assembly of the U.S. Conference of Catholic Bishops in Baltimore. (CNS photo/Bob Roller)

Sister Rose Caritas professes perpetual vows of consecration. She will live as a cloistered nun in “unlimited consecration to the Blessed Virgin Mary” for the rest of her life. 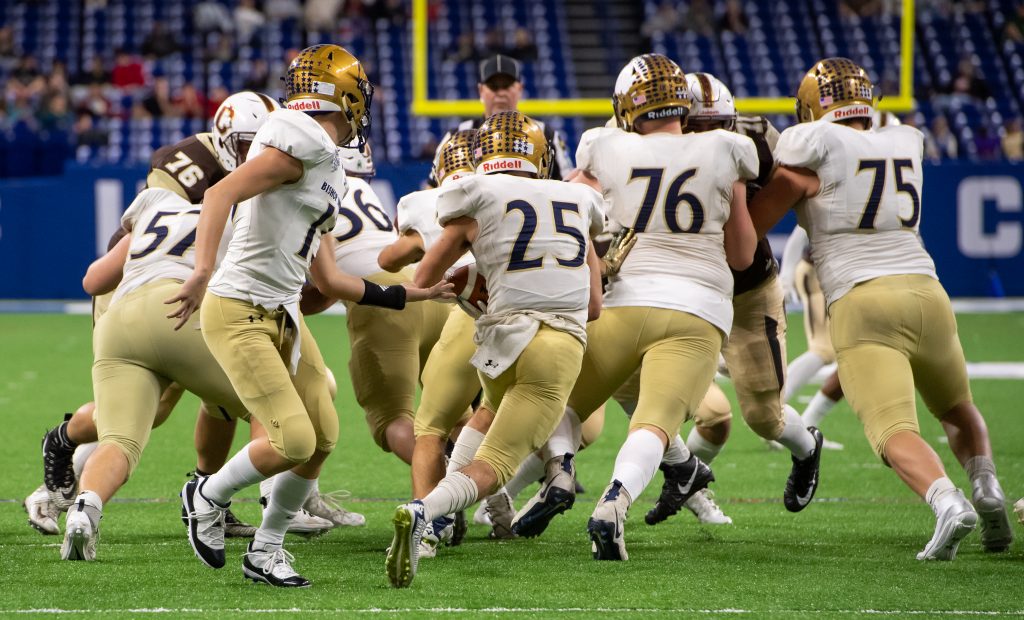