There has never been a time in Emily Byers’ life when she did not know that there was something special about her. “I never remember a time not being adopted. I can’t pinpoint; I’ve had people ask me. Well, I don’t know; I’ve always known, it was never a secret. I can’t even comprehend how I was told because it was always there,” she confided.

“My favorite story is the day they brought me home. Everybody just descended on my grandma’s house. I mean it’s funny, everybody was there, everyone came.”

“It’s actually kind of neat, how many people out in the world are adopted?” she speculated. “That’s unique about me.” 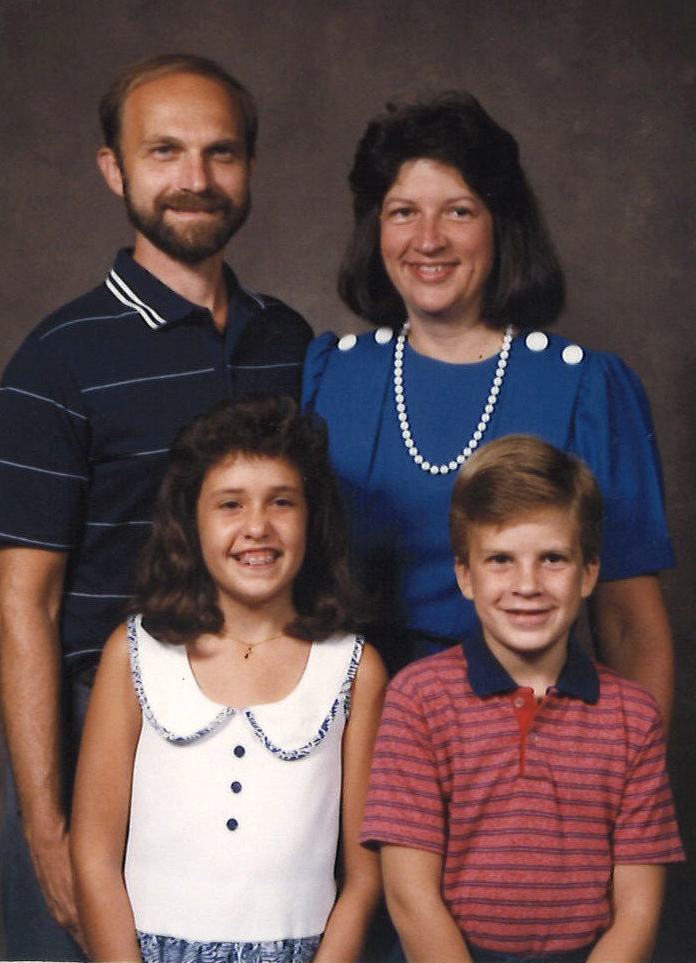 Photos provided by Emily Byers
The Byers family, parents Roger and Linda, and siblings Emily and Bradley, is seen in a photo from 1990. Adopting Emily in 1982 opened the door for Roger and Linda to become parents, and by the grace of God, they were able to conceive Bradley shortly after Emily’s arrival in their family.

Summer 1982. Linda Byers received a phone call. “We have a little girl for you if you want her,” said the voice on the other end of the line. This was the day – the phone call – that she and her husband Roger had anticipated for more than four years. The nursery was all prepared and decked out in pink, awaiting the baby girl that the couple had longed for but were unable to conceive. Immediately, Linda packed her things and left her job permanently within the hour. No one in their families knew that day that they hopped into their car – with car seat already installed – and drove straight to South Bend to the Catholic Social Services office to pick up their newborn daughter.

“They talked to us for a while then this girl, this employee, she was the one taking care of the baby, she had interface with the birth mother. She brought her in, Emily, and laid her in our hands, said ‘Well, would you like to take her home?’ it’s like what are you going to say, no?” Linda recalled with a chuckle.

From there, they drove not to their own home, but to Linda’s parents’ house because, as Linda explained, “they wanted to be grandparents as much as we wanted to be parents, and she was the first grandchild for them.”

Aunts and uncles descended upon the house where the long-awaited child passed from the arms of one relative to another. “Then we took her home and just began our lives with Emily,” Linda related. 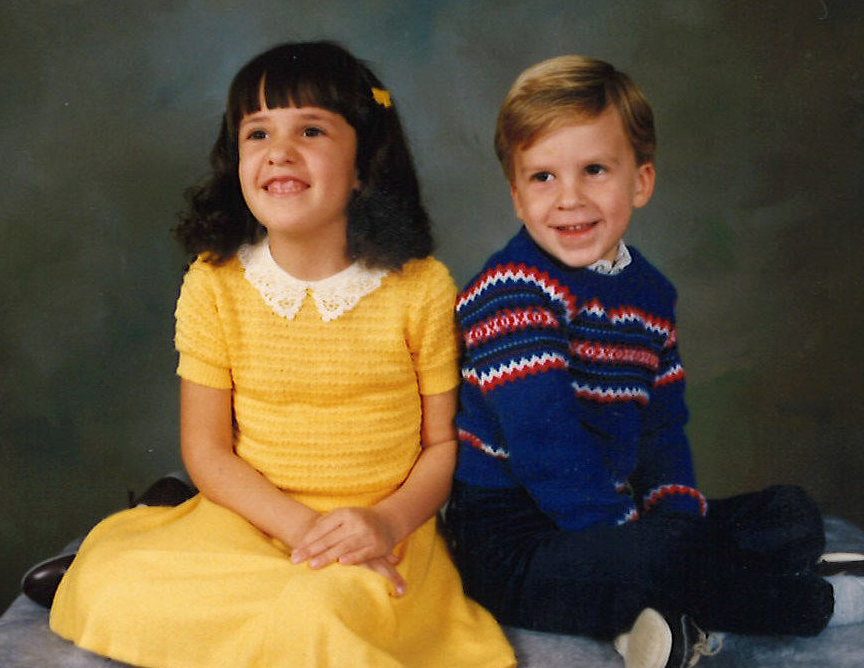 Emily and Bradley are seen in a photo in 1987. Roger and Linda have always thought of both of their children as their own, regardless of Emily coming to their family through adoption.

The process toward adoption has surely changed over the years, but the mountain of paperwork would-be parents face likely has not. When Linda and Roger began trying to adopt a child after eight years of marriage and five years of trying to get pregnant, the task seemed daunting. It was two years before their first evaluation took place and another two until they held Emily in their arms.

“It was a kind of a stressful experience,” Linda admitted. At the time, she worried about whether they said or did the right things in the group meetings; whether they would be considered good parents or disqualified. Both Roger and Linda wrestled with doubts and questioned their faith when they couldn’t get pregnant. “We did pray about it a lot, we did wonder, but you accept what happens,” Roger said.

They had never been told that there was a medical reason for their infertility, so they began the adoption process expecting that they might not need it. As Linda wanted a little girl, they waited a few additional months to welcome their daughter. Even after adopting Emily, they put their names back on the long waiting list, but God intervened and Linda finally became pregnant with a son, Bradley, who, sadly, passed away several years ago.

Linda can’t recall a point at which they explained to Emily about her adoption. “We used the word in front of people, we didn’t try to hide it. We didn’t blare it out all the time ‘this is our adopted daughter’; this is our daughter and that’s how we talked about her. The word came out a lot over the years.”

She remembers a unique encounter she had when she was in the hospital after giving birth to Bradley. “The first night I was in the room, there were two of us in the room … when everybody went home, we got talking. She was a single mother, unmarried, and was going to give up her baby for adoption.” The young woman asked Linda questions about adoption, and she did the best she could to answer them, hoping to put her mind at ease about the loving decision she was making for her child. “Both sides of adopting. I got her perspective, too, and her feelings.”

Roger and Linda were able to share their ordeal with others when involved in Engaged Encounter years ago. Roger hopes that their witness helped younger couples see the kinds of struggles they might face in married life and learn to navigate those with faith.

The couple knows nothing about Emily’s birth mother, other than that she may have been raised Catholic and therefore placed her child with a Catholic agency, perhaps wanting her child to share a similar faith life. In awe, Linda said, “Think how much love that mother had to give her child up. I just can’t imagine that.”

As any parent would, Roger and Linda prefer to protect their child from pain but are willing to help Emily if she chooses to begin a search. The only things they would want to express are their gratitude to Emily’s birth mother for giving them the opportunity to be parents and, as Roger put it, set her mind at ease that Emily was treated well and has a good life.

Forty years later. Emily could not imagine a better life than the one that Roger and Linda gave her, raised in a large extended family, attending Catholic schools at St. Vincent de Paul and Bishop Dwenger High School in Fort Wayne. She allows that some adoptees might feel a sense of loss or that something was missing from their lives, but she has rarely felt that. “I was very blessed. Great parents. My extended family was great. And I think that’s what it came down to.”

Her family has long told her the story of that first day that they met her. Even her aunt and uncle, expecting their first child, thought to be the first grandchild, “were really great … they almost kind of stepped back when I came along,” surrendering the spotlight to Roger, Linda, and Emily. From that day on, she has always been considered the first grandchild, no matter the circumstances of how she came into the family. She and her grandmother in particular always shared a close bond.

To date, Emily has no desire to search for her birth mother, potentially opening a Pandora’s box of pain. Aside from knowing her medical history, “At this point, I don’t see the purpose of it,” she declared.

In today’s society, some people disparage adoption as a cruel option, claiming that abortion would be better for the child. As an adoptee, this hurts her to hear. “It’s almost like there is no adoption choice anymore; you either abort your child or you keep it. … Why would you want to [abort your child]? Because there are so many people out there that want kids and want to take care of them, why would you not want to give your child that?”

Her birth mother, she said, “made the ultimate sacrifice. She did what was right. Because she knew deep down that she could not take care of me, and I think that’s another reason why I’m positive about it.”