GOSHEN — John Shafer, founder of Michiana Five for the Homeless, accepted a donation from Susan Woolley, representing St. John the Evangelist Church in Goshen, in early February. Parishioners donated approximately 45 gift cards to fast food restaurants, valued at a total of $435, so homeless residents of the area might be able to get in out of the cold for a hot meal or drink. In addition, approximately 67 pairs of socks, 12 pairs of gloves, 10 hats and miscellaneous coats, boots, sweaters were donated.

St. John’s Welcoming Committee sponsored the collection, conferring with Shafer to fill their greatest needs. For the past few years the St. John the Evangelist Welcoming Committee has sponsored a collection for the homeless each January. Past recipients have included Goshen Interfaith Hospitality Network and the Bashor Children’s Home teen homeless shelter.

NOTRE DAME — In ongoing response to the needs of immigrants and refugees in many parts of the world, the Congregation of the Sisters of the Holy Cross is undertaking a new initiative called the “19:33 Offering.” The name of the initiative is inspired by the Bible’s Book of Leviticus: “When foreigners live with you in your land, do not mistreat them. You shall treat the foreigner who lives with you no differently than the citizens born among you; you shall love them as yourself; for you too were once foreigners in the land of Egypt. I, the Lord, am your God. – Leviticus 19:33-34 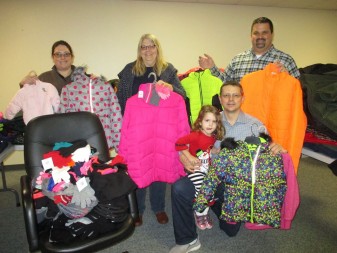 The Auburn Classic Noon Lions Club made a donation of 264 coats, plus hats and gloves, to the Auburn office of Catholic Charities in January. The donations were purchased with the proceeds of its annual Christmas Stroll and will be distributed to the clients of the Catholic Charities organization.

“In Leviticus 19:33, God commands us to love the stranger as we love ourselves, and to treat the stranger no differently than we treat the citizens born among us,” said Sister Sharlet Ann Wagner, CSC, a member of the General Council of the Sisters of the Holy Cross, who, with others on the leadership team, developed the 19:33 Offering initiative. She noted that the number 1933 has historical significance in the fight against religious-based persecution, as it was in that year that the first anti-Jewish laws were passed in Germany.

The Sisters of the Holy Cross will donate $1,933 to each of six organizations that serve immigrants and refugees, either through direct service to these vulnerable groups, or through pursuing legal challenges to unjust laws and practices. The six organizations are:

• Academy of the Holy Cross, Kensington, Md., a ministry of the congregation

NOTRE DAME — Saint Mary’s College Center for Spirituality is proud to announce the speakers for the annual Endowed Spring Lecture Series titled, “Called to Intervene: Violence, Spirituality, and Solidarity.” The lectures, given by distinguished scholars from across the country, are free and open to the public.

More information on the Center for Spirituality and lecture series can be found at https://www.saintmarys.edu/spiritual-life/center-for-spirituality/lectures-events. 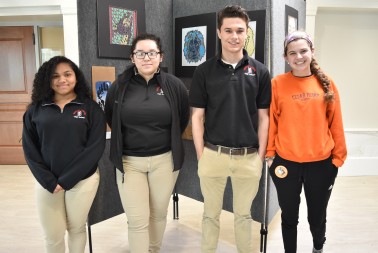 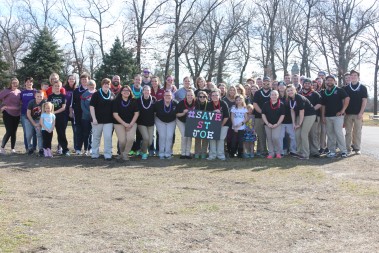 Provided by Father Tim McFarland, CPPS
Staff members and alumni of Saint Joseph’s College, Rensselaer, which is slated for closure, hope to raise $20 million to keep the school open. Jordan Leising, ’11 and professor of political science, hopes SJC will continue to be a place that ministers and educates the marginalized, the disenfranchised and those who would not otherwise be able to attend college but got a chance at SJC. Visit www.involvedforlife.net/fundraising to donate by April 1, and follow the school on Facebook at Involved for Life or Twitter @Involved4Life. 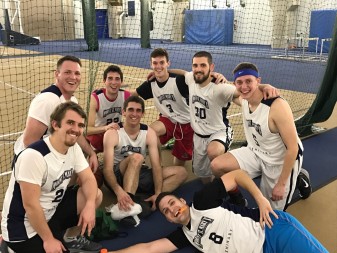 Patrick Hake, at bottom left, and Dan Niezer, far right, seminarians of the Diocese of Fort Wayne-South Bend, were members of the intramural team earning the No. 1 seed in the recent Mount St. Mary University basketball tournament. Led by Deacons Andrew Labenz of Wichita, Kan., and Cole Kennett of Lincoln, Neb., others on the team include seminarians from Peoria, Ill., Norwich, Conn., and Harrisburg, Pa. Msgr. Michael Heintz serves as the team’s conditioning coach. 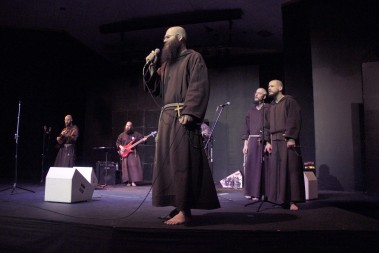 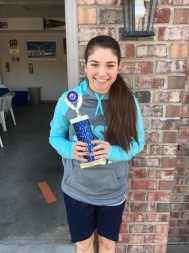 Provided by Janice L. Comito
The Knights of Columbus recently held its annual Free Throw Contest for diocesan students. This year an eighth grader from St. John the Baptist, New Haven, won the honor of participating at the state competition on March 12. Rachel McCarthy also set the record for the most baskets this year, 22 of 25.