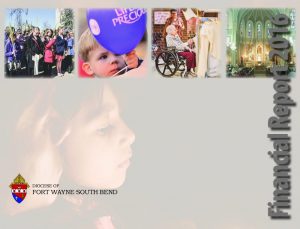 Click here for the entire 2016 financial report in PDF form.

Once again, we are publishing an accounting of the financial operations of the diocese for the fiscal year that ended June 30, 2016. As we have done in past years, we have also included a consolidated financial report of our high schools and parishes. This is done in the spirit of accountability and transparency.

For the fiscal year that ended June 30, 2016, our total gain was $100,802 (from our audited financial statements). This is only for the central operations of the diocese. It does not include the activity of the parishes, schools or missions in the diocese. Investments lost 2 percent versus a budgeted amount of 5 percent. A detailed breakdown of our financial picture can be found inside.

The diocese is audited every year by Leonard J. Andorfer & Company, a certified public accounting firm, and, as in the past, no exceptions were noted. This means that the diocesan books, records and accounting policies are conducted in accordance with generally accepted accounting principles. This audit, along with the management letter, is presented not only to the Audit Committee, but to the entire Diocesan Finance Council; and the Council is given time alone with the auditor, without the presence of diocesan officials, to be sure that they were given full access to all appropriate financial records.

For the past several years, the United States Conference of Catholic Bishops has required that the Diocesan Finance Council sign a report indicating the following: 1) That the council has met quarterly; 2) That the audit and the management letter have been reviewed; 3) That the budget has been reviewed. This report and certification must then be sent to the Metropolitan Archbishop of the Province, which, in this case, is the Archbishop of Indianapolis. We require similar reporting from our parishes to the diocese. 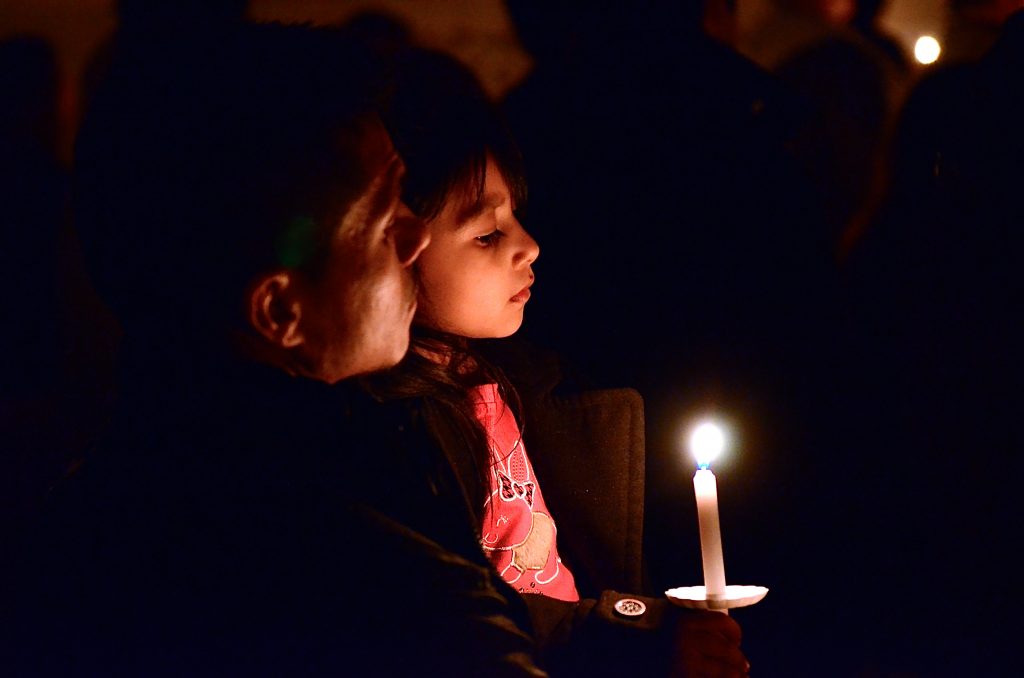 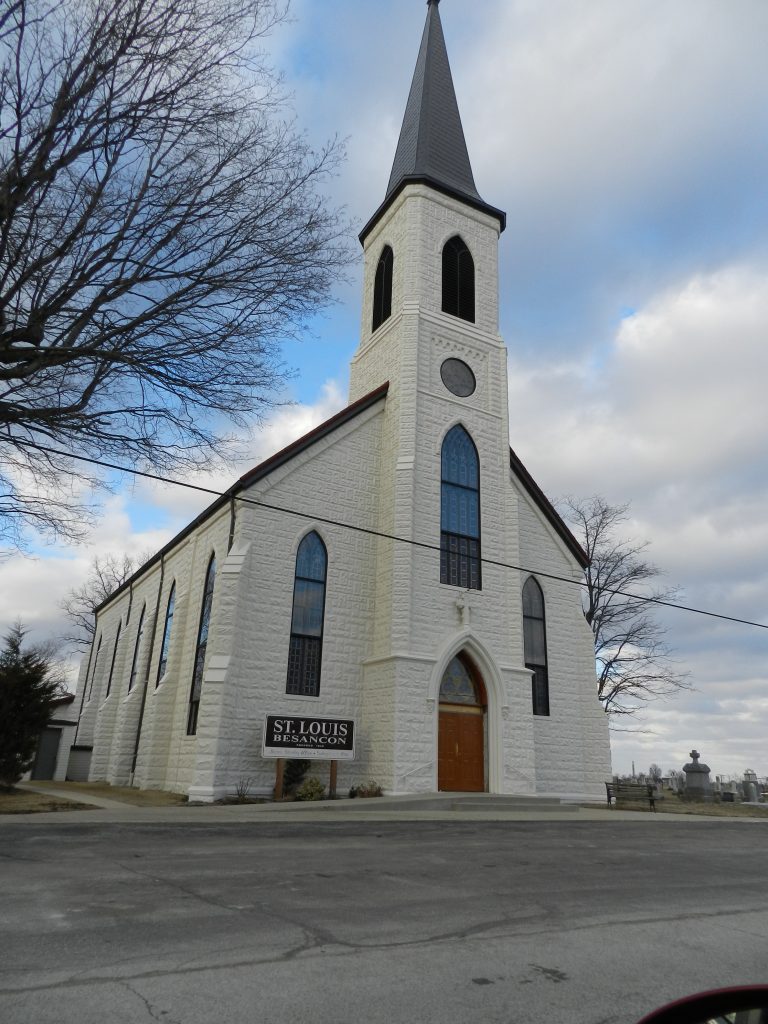 It is also important that there be accountability and transparency in parishes. According to Canon Law, every parish must have a Parish Finance Council. We have a retired accountant who does a financial review of every parish every two years; in addition, every parish is audited at the time of a pastoral change. During the past nine years, we have sent this financial report, done by our auditor, to each member of the Parish Finance Council. This enables the review to be discussed at a regular meeting. As indicated above, controls have now been established similar to the accountability of each diocese.

It is important to understand how the Annual Bishopâ€™s Appeal has sustained the parishes. It was the hope of our lay leadership prior to the institution of the appeal that the parishes would benefit. This has become a reality. The appeal has increased the incentive of parishes to seek funds. During the 30 years since the appeal began, our parishes have engaged in major capital fund drives. In the last 30 years, fund drives for parishes have brought in over $170,021,794 for new buildings and renovations approved by the Diocesan Finance Council. This includes parish initiatives linked to the Legacy of Faith. Also, over $195,470,970, which would have been paid to the diocese under the previous system, now remains in the parishes. In addition, $6.0 million from the appeal has been given in grants to parishes in need. The 30th Annual Bishopâ€™s Appeal attained $6,869,097.

A number of parishes have agreed to twin with certain targeted parishes to help them provide a full Catholic education. From January 1999 thru May 2017, a total of $2,922,224 has been received by 16 parishes. This is true Christian stewardship; and most of the parishes making these contributions do it as part of their parish stewardship effort. These parishes give a proportionate gift to other parishes in need. This twinning program has saved several parish schools.

Over $84 million has been raised for building projects in our four high schools. The four high schools continue to flourish; but not without challenges. The Annual Bishopâ€™s Appeal gives $1.7 million to the high schools every year, which has created a sense of stability. Next year, tuition will increase by $200- $400 in our high schools. Our high schools are audited every year by an independent CPA firm. Each high school has presented a balanced budget for the fiscal year beginning July 1, 2017. Two high schools have debts to the diocese and are paying on those debts.

Both the Development Office and the Business Office helped put in place the Catholic Community Foundation of Northeast Indiana, which enables parishes, high schools and other diocesan institutions to raise funds for an ongoing endowment. Currently, there are 143 endowments in the Catholic Community Foundation. Talk to your pastor or school board about establishing an endowment for your parish and/or parish school. To establish an endowment and experience endowment growth involves planned giving â€“ bequests, annuities, remainder trusts, as well as gifts and other creative ways by which you can make contributions. Funds placed in this trust will remain there and grow, and the interest realized will continue to fund the designated purpose for years to come. These are gifts that keep on giving. Those who contribute will determine the area where these funds are to be restricted. Regular annual reports and semi-annual newsletters are sent to the donors. The Catholic Community Foundation contains $42,401,441 as of June 30, 2016.

Diocesan investments are overseen by Slocum & Associates of St. Paul, Minn. Investments are placed carefully so as to avoid excessive risk. We have a very diversified portfolio, fully in keeping with Catholic moral teaching. Slocum & Associates meet with our Investment Committee on a quarterly basis. In the fiscal year in question here, investments lost 2 percent. The current asset allocation is detailed in the pie chart below. 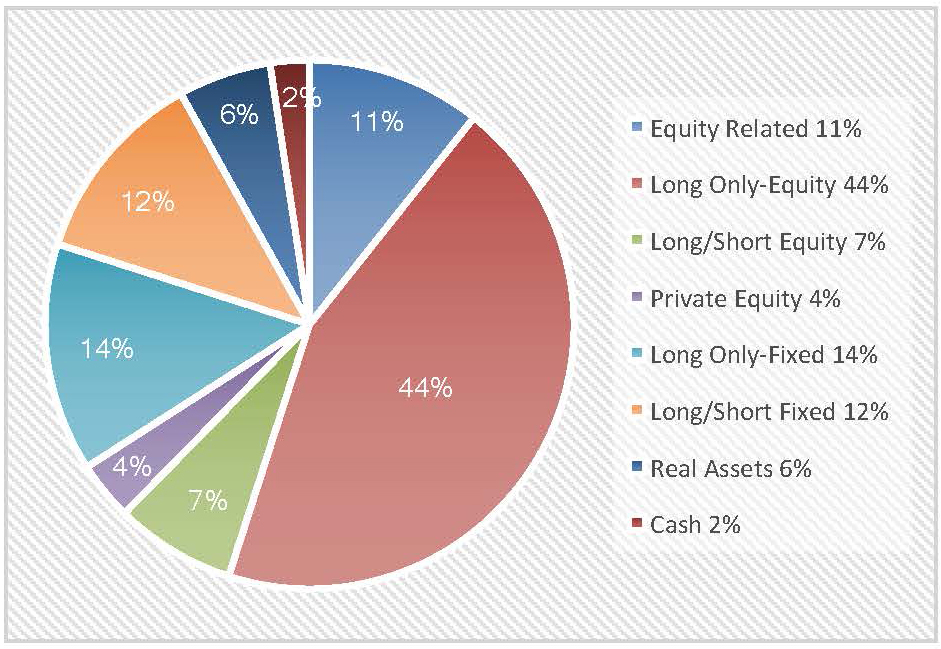 Learn more about the work of the Diocese of Fort Wayne-South Bend.Â Visit diocesefwsb.org/ministries